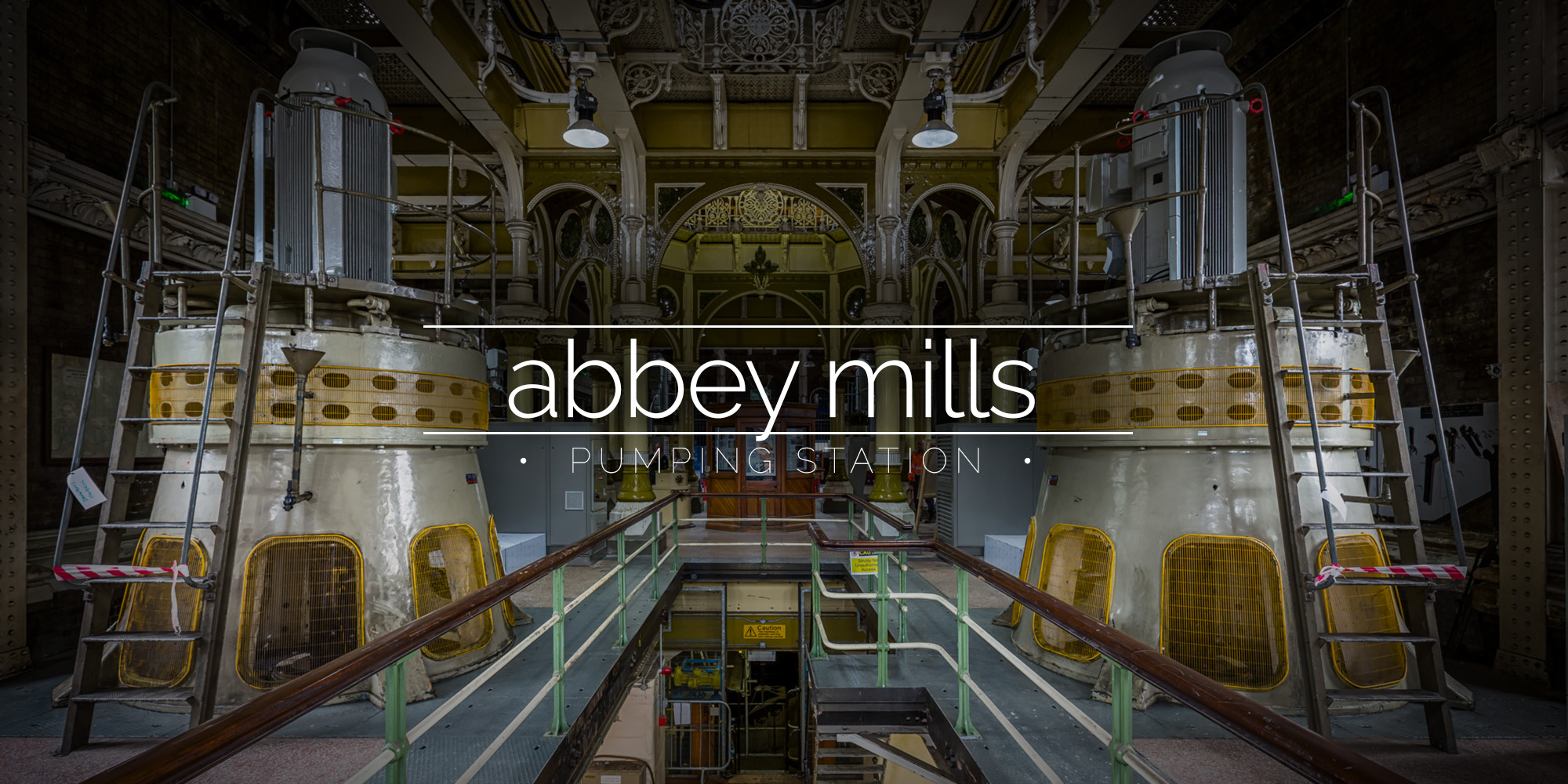 A Victorian pumping house featuring original decorative ironwork. Much of the original equipment remains inside and is still used occasionally.

Stratford, East London, UK In use as a standby station Visit type: With permission

Taking its name from a watermill belonging to Stratford Langthorne Abbey which once stood on the same site, Abbey Mills Pumping Station is a masterpiece of Victorian civil engineering. Designed by Sir Joseph Bazalgette and built in 1865–8, the station pumped water from London’s then-newly built sewerage system to Northern Outfall Sewer.

Joseph Bazalgette, chief engineer of the Metropolitan Board of Works was tasked with solving a problem. The problem was the horrendous stench that overpowered London in the mid-19th century. At this time London had many small sewers flowing through the streets and discharging into the Thames. On top of this there were over 200,000 cesspits, festering away during the day and emptied by “night men” between midnight and 5am. Using buckets a cart, they transported the “night soil” (human waste) to the Thames for disposal. Many of the cesspits overflowed, spilling their contents into the streets and river.

During the summer of 1858, known as “The Great Stink”, conditions were at their worst. The stench emanating from the streets and sewerage-filled Thames was so bad that operations at the Houses of Parliament were affected. Efforts were made to mask the smell, but gentlemen in the Committee Rooms and Library were unable to stay there.

Bazalgette’s solution was one of the greatest engineering feats of London – the sewerage system. Construction of six interconnected sewers began in 1859, carrying waste from the city to the Thames further downstream. So successful was the sewerage system that Cholera and Typhoid disease, which were killing hundreds of thousands of people before, were almost eliminated and the same sewerage system is still in use today!

The pumps in the Abbey Mills station raised the sewage in the London sewerage system between the two low level sewers and the Northern Outfall Sewer and more recently to the treatment works at Beckton. Each of the four wings of the cross-shaped building housed a steam-powered beam engine to drive the pumps. The beam engines have since been replaced with modern electric motors, however the rest of the building remains in its grand Victorian state.

A newer pump house known as the ‘F’ station was built alongside the original ‘A’ station in order to cope with the ever increasing volumes of water flowing through the sewers of London. The ‘A’ station is now used only as a back-up facility, providing extra capacity to its modern replacement when needed. This usually happens few times each year when the sewers experience high volumes following heavy rain.