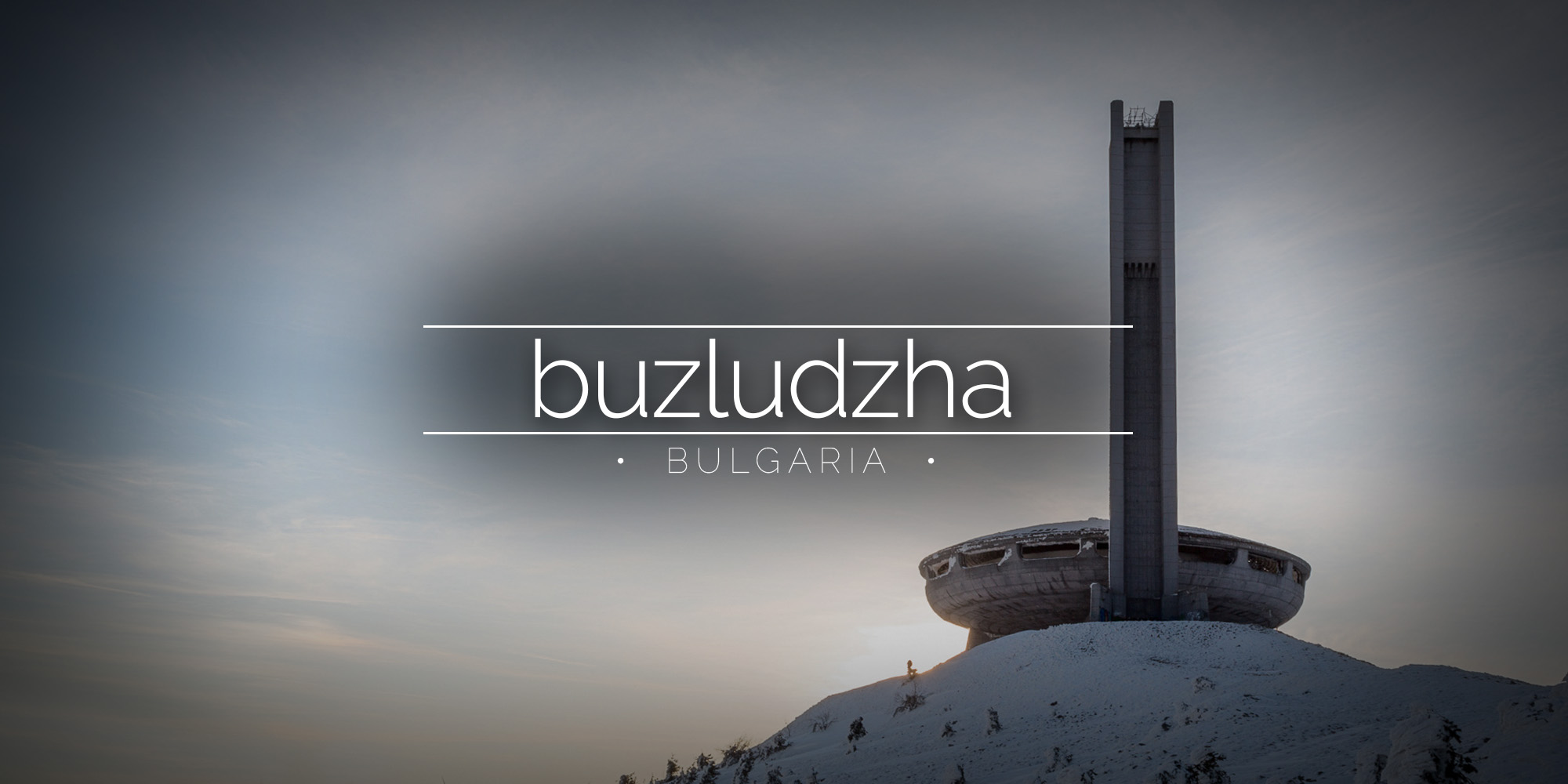 History of the Buzludzha –
The Monument of Bulgaria’s Communist Party

Resembling a UFO perched high on a peak of the Balkan Mountains, the House of the Bulgarian Communist Party was a built as a monument to commemorate the founding of the Bulgarian Social Democratic Party. After a quarter of a century of abandonment the monument has been stripped and looted.

In 1891 the Turks were being expelled from Bulgaria marking the end of 500 years of Ottoman Rule in the country. A secret meeting took place on the peak of Buzludzha mountain led by Dimitar Blagoev. The meeting would ultimately lay down the foundations for what would become the Bulgarian Communist Party. 90 years later the BCP built their headquarters as a monument at that very location.

Taking seven years to construct, and costing over 16 million Bulgarian Levs (almost £7 million), mainly collected from the Bulgarian people by the state, the monument stands at 107-metres-high and features a huge flying-saucer shaped auditorium. The building itself was designed by Georgi Stoilov and more than 60 artists worked on the designs for extensive tiled murals that adorn the interior. The giant tower features a red Soviet star on each side – three times larger than the Soviet star at the Kremlin.

The front of the building was inscribed with verses from “The International” and “The Worker’s March” – political songs that were meaningful in the communist era. Inside featured many marble surfaces, and the staircases were decorated with red cathedral glass. The 15-metre-high main hall was decorated with a 500 sq. metre mosaic featuring portraits of prominent communist figures Marx, Engels, Lenin and the Bulgarian communist leader Todor Zhivkov. The dome ceiling was covered with thirty tones of copper.

The centrepiece of the ceiling features a hammer and sickle. The words surrounding the image read “The proletariats of every country join together”. Many other phrases are written around the building, some original and many more added post abandonment. Many years ago the slogan “forget your past” was painted in graffiti above the front doors. The word “never” has recently been added preceding the original words.

The site was widely regarded as one of the greatest icons of the communist world at the time. The end of the communist era in Bulgaria in 1989 saw a change in attitudes towards the many monuments throughout the land, and ownership of the monument at Buzludzha was transferred to the state from the Bulgarian Communist Party in 1991. The state promptly closed the building, just 10 years after its construction and the site has been abandoned ever since.

24 years on, the building has been stripped bare and looters have taken everything of value. In the wintertime the whole structure fills with snow and takes on a post-apocalyptic appearance. But despite this the monument remains as a prominent landmark, a testament to the 6,000 workers who constructed it. Whether the Bulgarians like it or not, this communist-era legacy stands proud.

Zigzagging our way up the snow-capped mountain under the crisp spring sunshine, our procession of two vehicles start to struggle as the road turns to ice. We had taken the cars as far as possible and it was time to get out and take a 30 minute hike to reach the peak. The monument had been looming over us for some time now, visible for miles around we had spotted it from some distance away – by now the excitement had built up to high levels!

The going gets tough as we near the top, but the tough get going and soon we find ourselves between two weathered “eternal flame” sculptures, a tribute to fallen comrades that flank the concrete steps to the front (and only) doors into the building. The size of the place hits us, the huge tower rising high into the sky above us. The doors have been locked up tight for many years. Entry is forbidden, but many, like ourselves choose to ignore the warning and find a way in.

Inside was full of snow, ice and treacherous conditions. Steps down towards the main entrance were completely encased in solid ice, the steps up covered in fresh snow. We chose to go up, straight into the main auditorium. The huge dome ceiling was a sight to behold – a latticework of metal support struts which once held the copper ceiling in place, each and every one covered with ice.

Unfortunately a lot of the mosaics were covered over by snow, but parts were showing through and glistening under the afternoon sun. The deep snow underfoot created a tranquil and serene feeling inside the huge chamber.

Next we headed up the tower. The view from the top was amazing, but not without risk. A small ledge overhangs the top of the tower and obscures the view of the saucer below. In order get a shot of that, after making the 107-metre climb one must step over the railing and out onto the ice-covered ledge. With no safety harnesses, one slip would mean a pretty quick descent! The view was worth the risk!

We made the trip up the mountain several more times over the course of a couple of days. Two such trips were at night, first in order to capture the monument under the clear night sky and again to witness the sun rising behind the monument from an adjacent peak. It was hard work, but the entire trip was one I will never forget.

If you liked this report you may want to check out Proj3ct M4yh3m's Buzludzha report too.