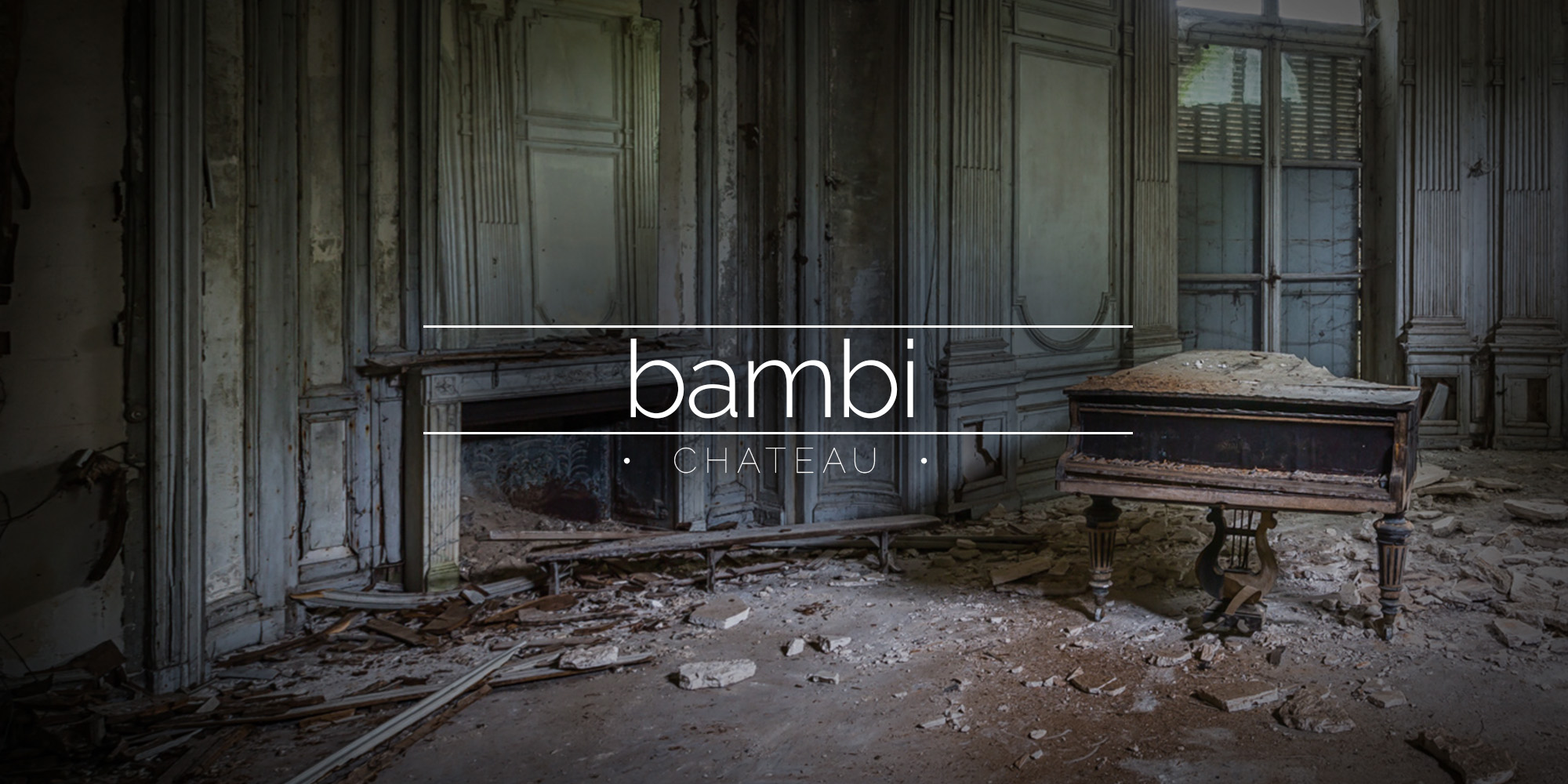 A large house in France that has been left to decay for 35 years since a fire gutted part of it.

Dating back to the fourteenth century with substantial additions and modifications over the years, the once grand Château Bambi now stands in ruins. The house was gutted by a fire in 1992 and although some steps have been taken to protect the structure, the building has fallen into a severe state of disrepair.

One wing of the house remains in slightly better condition, and features a large room with a grand piano. The room, like the others around it, have suffered many years of neglect and the decay has set in.