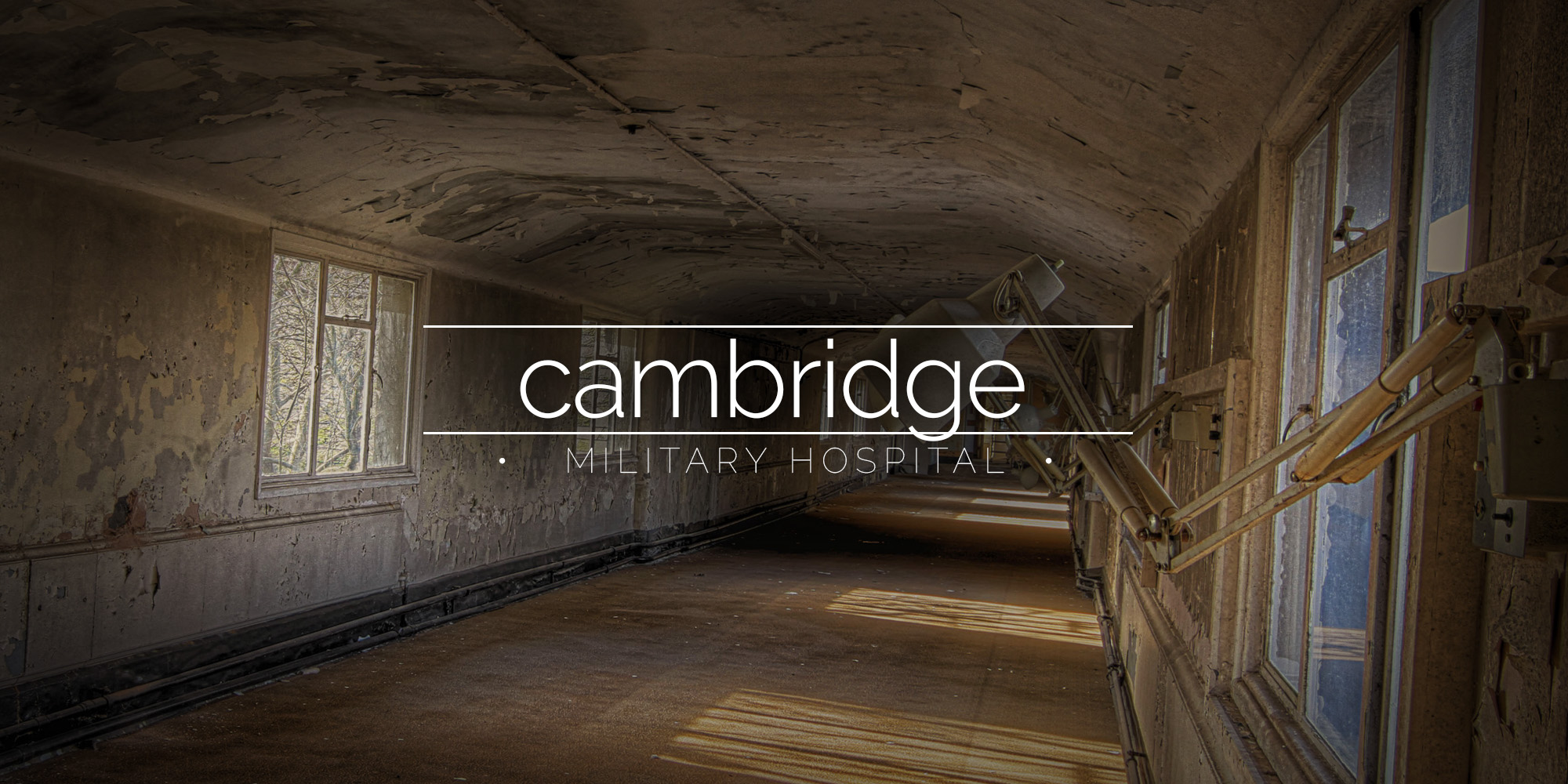 Cambridge Military Hospital opened in 1879 to serve the British Army. It was also used by the NHS in later years and closed in 1996.

Cambridge Military Hospital, or CMH was built to serve the various British Army camps based around Aldershot. The hospital which was built by Messrs Martin Wells and Co. of Aldershot opened in 1879.

The hospital does not have any associations with the town of Cambridge, as its name would suggest. Cambridge Military Hospital was actually named after Prince George, Duke of Cambridge who was the Commander-in-Chief of the British Army at the time. [1]

The hospital is famous for its “mile long corridor”. The corridor probably isn’t quite that long but it certainly does feel it when walking down it. The plan was to have a number of self-contained wards, each for a different regiment, connected to the corridor, but the plans were changed and the hospital opened with each area specialising in a different type of treatment instead.

CMH was the first place in the UK where plastic surgery was performed. Captain Gillies had been on leave in France where he met with the surgeon Hippolyte Morestin and learnt from him while he reconstructed the faces of people who suffered with cancer. Upon his return, Captain Gillies put these skills into practice on people injured in battle. [2]

The British army saw a decline in demand after the second world war, and as a result civilian patients began being admitted to the hospital.  The hospital closed in 1996 due to the high cost of running the old buildings.

If you liked this report please check out Proj3ct M4yh3m's Cambridge Military Hospital report too.