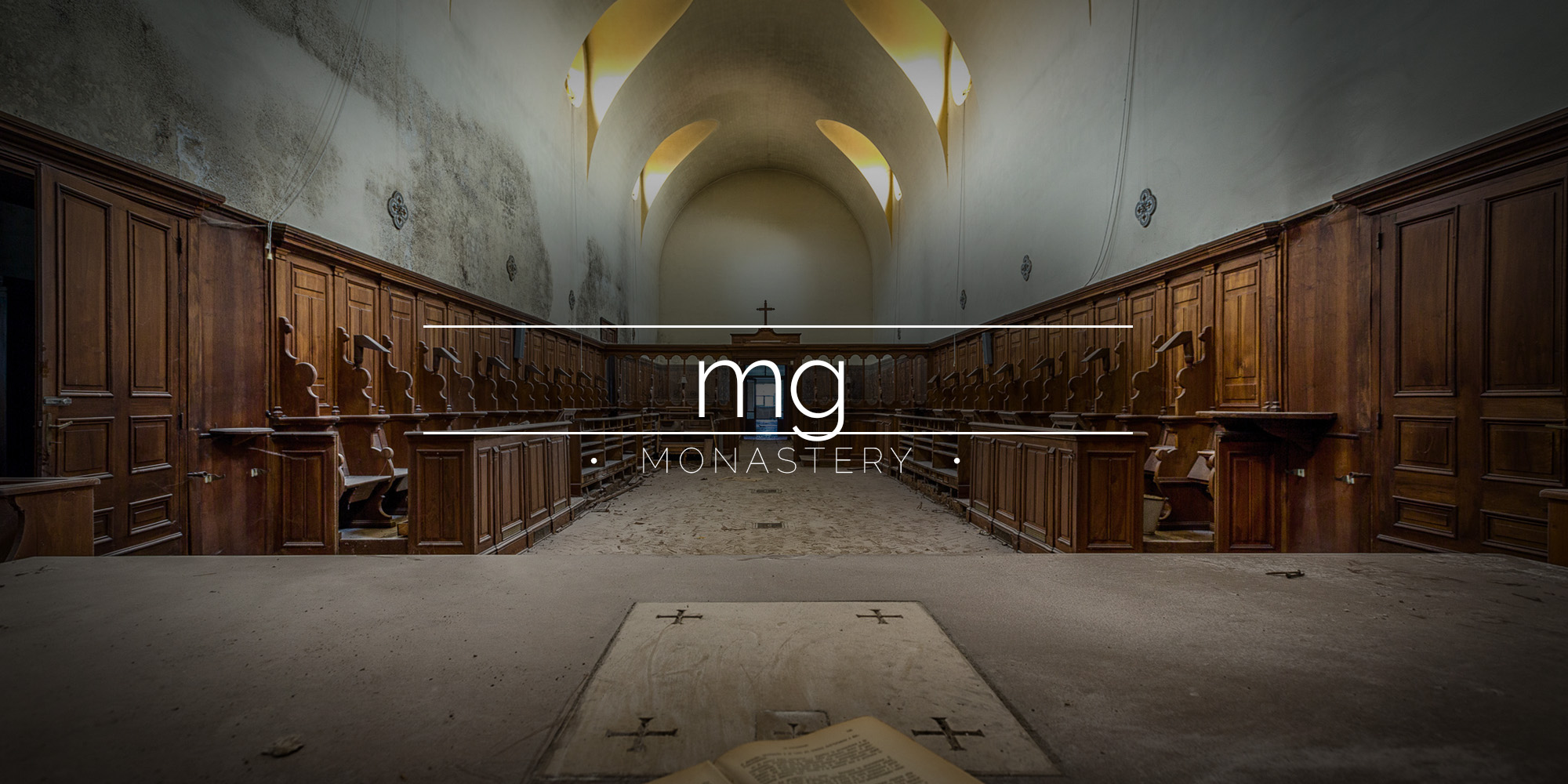 A large abandoned monastery in Italy with living space for many nuns and a large chapel.

Monastero MG is an abandoned monastery in Italy. The monastery was used by nuns as a place of residence and worship. The main living areas form a quadrangle, with many small rooms off the long corridors. In the centre is a large chapel. The chapel is very plain by Italian standards, with a large white arched ceiling. At the front is a carving of Jesus Christ suspended above the altar.

The present monastery was built in the early 20th century but the origins of the site date back to the 14th century. By the end of the 20th century the nuns moved to another site and Monastery MG was left abandoned.