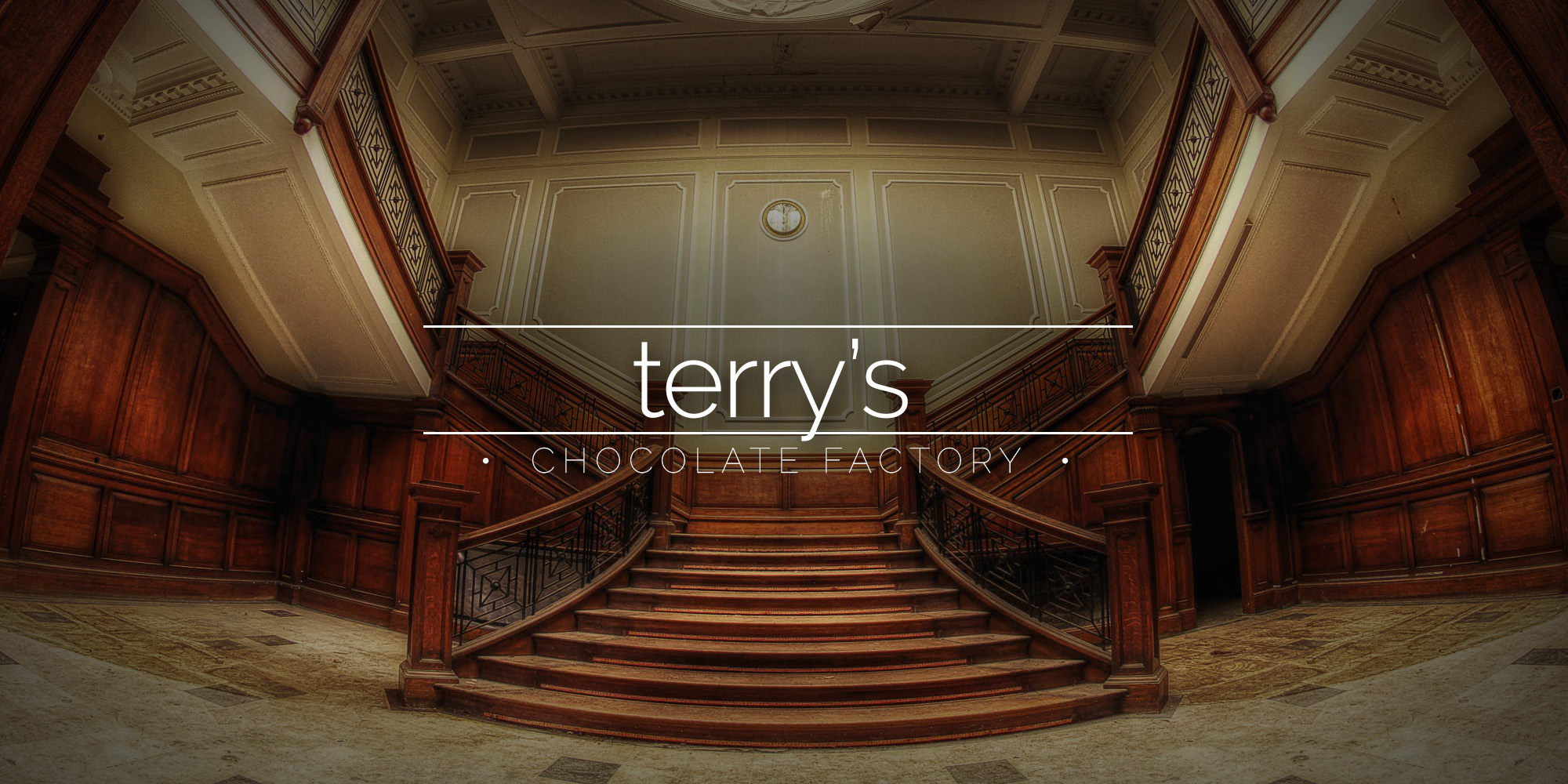 The Chocolate Works in York was built by Terry’s in 1924 and produced chocolates and other confectioneries until 2005, the grand staircase of the admin block still remains.

Built 1924 to 1930 after Frank and Noel Terry joined the family business, the factory produced chocolate and all sorts of confectionery until its closure in 2005. The buildings are fronted with an attractive Art Deco style and included a large clock tower brandishing the company’s name on each clock face. [1]

The group of buildings on the site include a 500ft five storey factory block, the clock tower, administration block, time office and a liquor factory, all built in a matching style reflecting the strength and importance of Terry’s corporate image. The buildings are of strong historic significance as they represent the most complete surviving expression of the importance of chocolate production in York. This importance has earned the buildings grade II listed status. [2]

The Terry’s Chocolate business itself has a longer past than the buildings. The original company was formed in 1767 by Messrs Bayldon and Berry, and only taking on the name of Terry’s when Joseph Terry joined in 1823, and finally became Terry’s of York in 1828.

Joseph Terry was a chemist and put his skills to use developing new lines and perfecting the company’s chocolate and other products. By utilising the new North Eastern Rail Network the company was able to distribute its new products far and wide, while the River Humber provided a means for shipments of sugar and cocoa to be delivered.
Frank and Noel Terry joined the business in 1923, revamping it and launching additional product lines to be produced at their new factory, known as Terry’s Confectionery Works.

United Biscuits acquired Terry’s in 1975 but financial issues in the early 1990s saw Kraft Foods purchase the confectionery division. In 2004 Kraft foods transferred production to other factories in Europe and closed the York site with the loss of 300 jobs. [3]

If you liked this report please check out Proj3ct M4yh3m's Chocolate Factory report too.