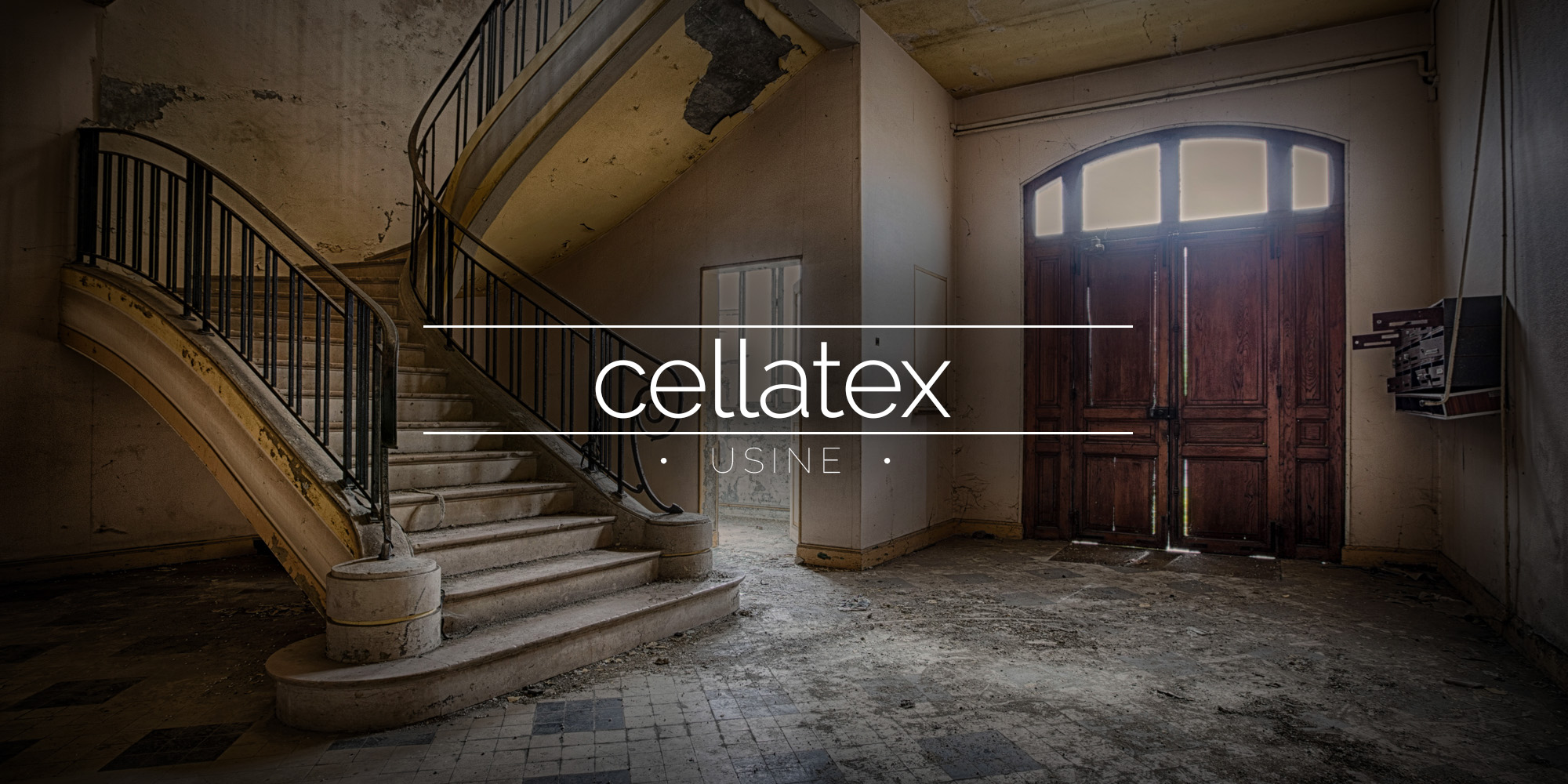 Cellatex was a factory that specialised in the production of artificial silk. The company headquarters were based in the administration block of the premises.

Cellatex was a factory in Givet, France that specialised in the production of artificial silk. The company headquarters were based in the administration block of the premises in Givet.

For several centuries people had tried to emulate the silkworm to produce artificial silk. The silkworm feeds on the mulberry leaf, a cellulose plant, which is then transformed into a viscous product. The product is secreted by the silkworm, which hardens in contact with the air to form a silk thread.

A French Count named Hilaire de Chardonnet, who was an assistant to Louis Pasteur, discovered a technique to dissolve cellulose, based on the research of various other chemists. He developed the technique into an industrial process that could be used to produce artificial silk.

The Cellatex factory was built in 1902 to produce silk. The company thrived, opening up additional factories between the wars, and in the post-war boom. However by 1960s the introduction of other materials such as nylon caused a decline in the popularity of artificial silk, now known as Rayon. By 1991 the company could now longer sustain a viable volume of production had to close their other branch in Grenoble.

On 5th July 2000 it was announced that the Givet factory had gone into liquidation. The workers, who had not seen or heard from their employer for almost a year, took occupation of the factory in order to generate media interest. The workers were unhappy that a declaration of bankruptcy would mean they lost their severance pay and special compensation by the state, which they would be entitled to if the factory just closed down.

The stores in the factory contained 46 tonnes of carbon disulphide, 56,000 liters of sulfuric acid and 90 tonnes of sodium hydroxide. The workers threatened use the carbon disulphide to blow up the plant, and to empty the acid into the River Meuse, which would cause widespread pollution and decimate wildlife. They followed through with their threat and poured a limited amount of acid into a tributary of the Meuse – enough to make a point but not enough for it to reach the main river. The authorities gave in and the workers got their severance pay.