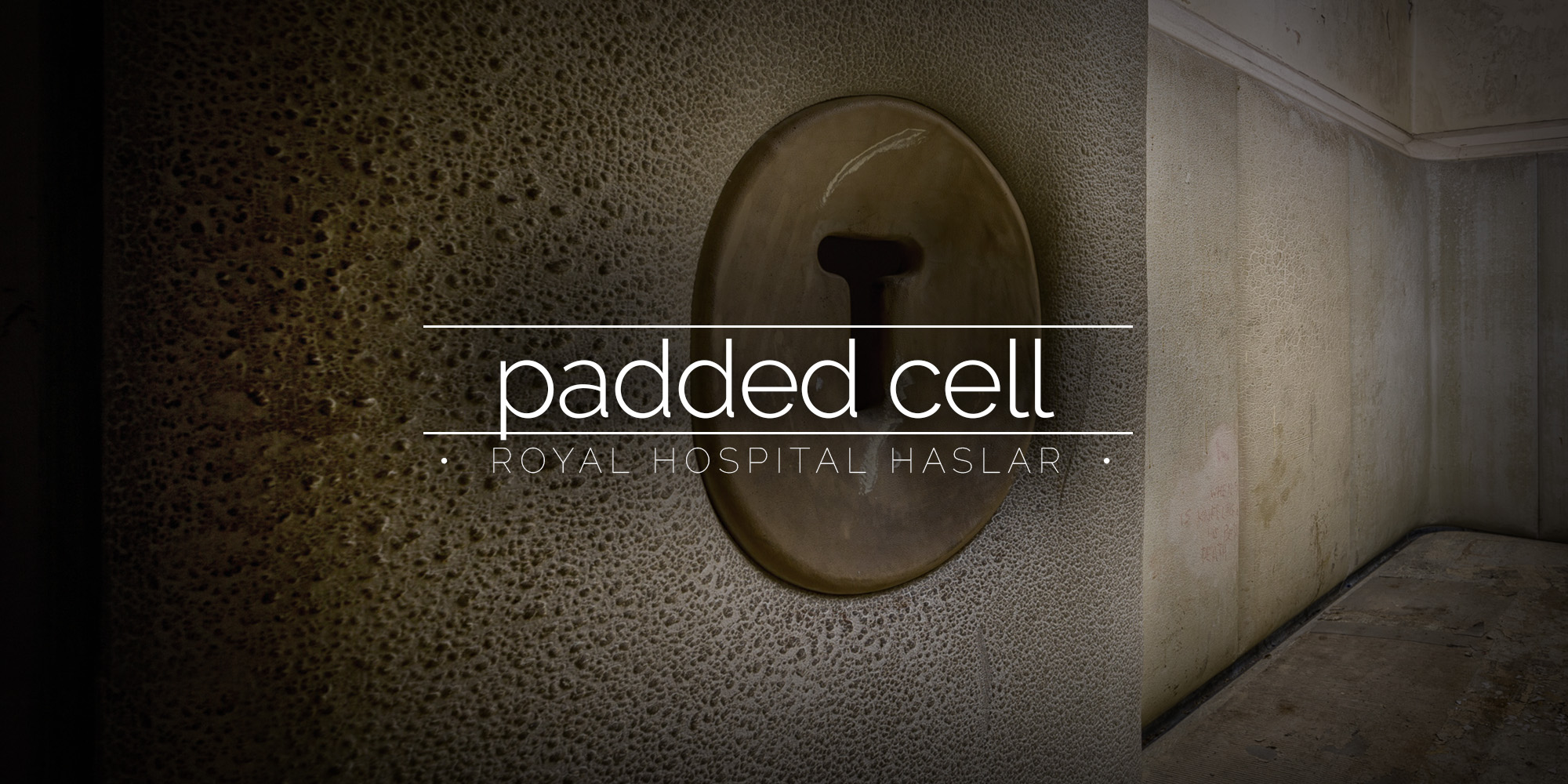 A rare example of a padded cell still in situ. This Pocock Brother's padded cell is in the Royal Hospital Haslar, a Naval hospital in Gosport.

It’s a long way to Gosport from where we live up north, however looking back I don’t even know why I was in two minds about visiting. I should have jumped at the chance instantly – but 12 hours of travelling in total for a single, small room seemed ludicrous! It still does, to be honest, but once-in-a-lifetime opportunities have to be taken and I’m so glad we took this one!

The padded cell is inside the ‘G Block’ at the Royal Hospital Haslar – a disused naval hospital on the south coast of England. The hospital is huge and is by far the most impressive hospital I have visited, and I’ve made the journey down south to visit on a few occasions before. Unfortunately G Block – the psychiatric ward – has always been locked up tight before. See my report about the main hospital here.

G Block was established in 1910 as a purpose-built psychiatric unit and was comprised of 2 wards, each with 12 beds. G-Block served as an assessment centre and sailors requiring longer term treatment were transferred to a psychiatric unit at Great Yarmouth. The padded cell was built by Pocock Brothers, a company who were responsible for the creation of a few other similar padded cells around that time. In practice the cell was rarely used.