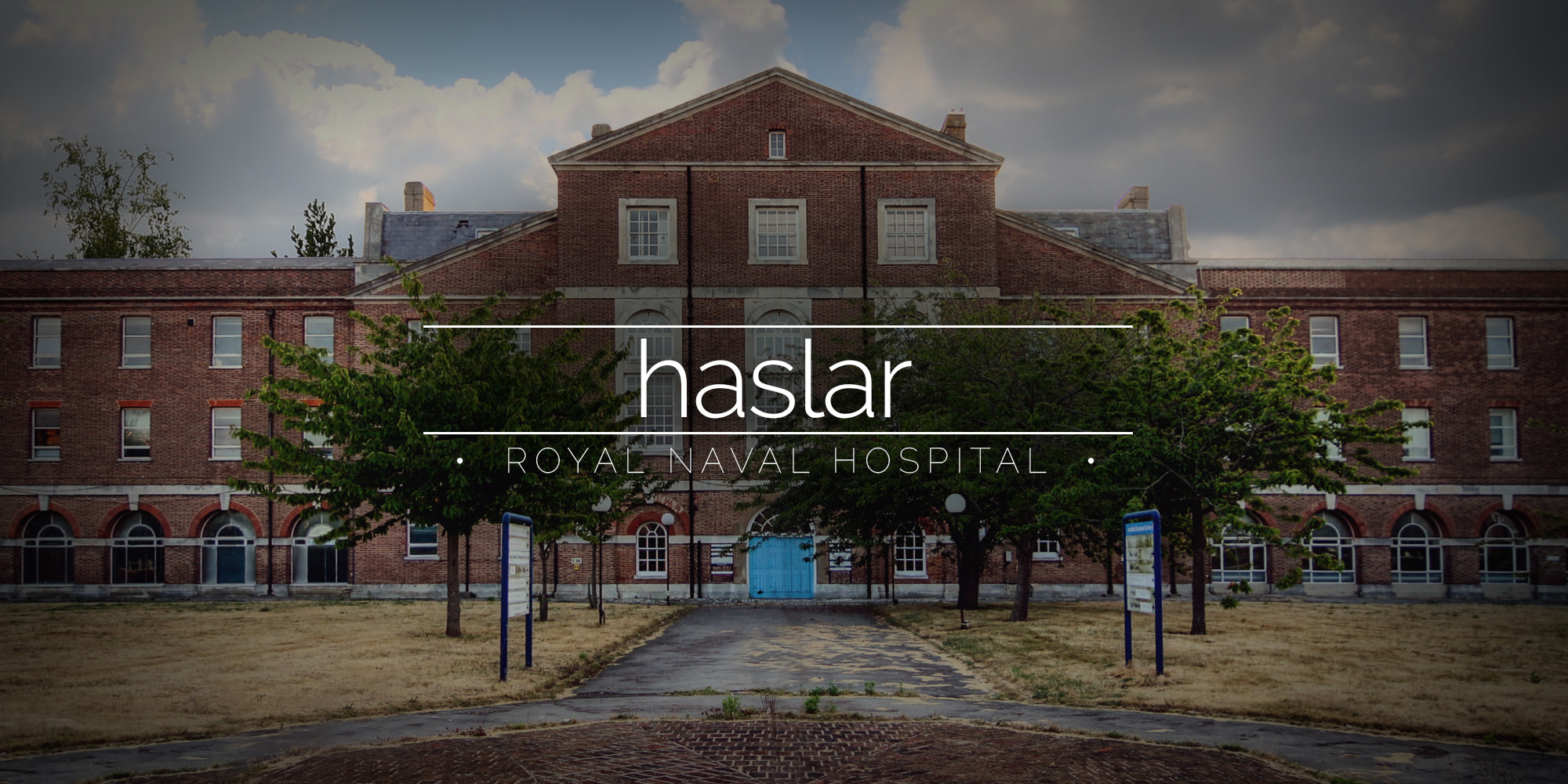 The Royal Hospital Haslar was the largest hospital in England. It had a long and distinguished history serving military personnel, and later civilians. The site closed in 2009.

For over 250 years the Royal Naval Hospital Haslar in Gosport provided medical services to the Royal Navy. The hospital had a long and distinguished service, and more recently provided treatment for all three military services and to civilians.

Planning for the hospital commenced in 1745 to be the first of three hospitals providing medical treatment to Sailors of the Fleet. Building of the hospital took 16 years and was completed in 1762, however the fourth side was not completed due to over-expenditure. When it opened, Haslar Hospital was the largest hospital, and the largest brick building in England.

As Haslar developed it didn’t take long until it started to resemble a prison more than a hospital. It was not uncommon for sailors to feign illness in order to be brought back to land from where they could escape. Extensive security measures were put in place and Haslar became known as an impenetrable fortress. The distinctive brick wall surrounding the site remains to this day, and was there to keep the sailors inside!

Development and expansion over the years ensured Haslar could stay at the forefront of care, and was always held in high regard. The many wars through the 20th century saw Haslar grow in terms of professionalism and technical ability while treating many casualties.

In 1966 Haslar became the core of the Tri-Services hospitals. The hospital was opened up to use by the NHS in later years, after military services were transferred to other hospitals. The site was closed and sold to developers in 2009.

A full history of Royal Hospital Haslar has been put together by the Haslar Heritage Group and can be found on their website. 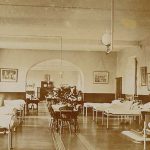 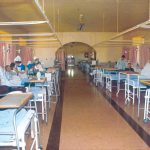 These pictures from 1905 and 1960 show the same ward as the image above, while the hospital was in use. Note the curtains for patient privacy were only added in 1960. 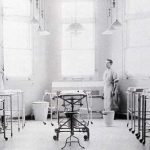 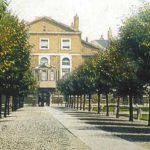 The original operating theatre was situated above the main arcade. The first image shows the inside of the pavilion which can be seen in second image. The pavilion was removed after the First World War. 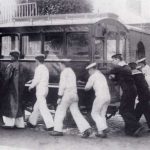 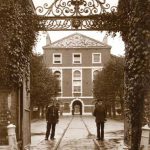 The tramway connected Haslar Jetty to the hospital so sick or injured sailors could be transferred easily from ships. Sick Berth staff would push the tram by hand into the hospitals arcade. 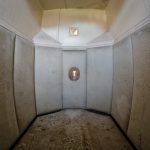 More about the Padded Cell

G-Block was the hospital’s psychiatric ward and features an original Pocock Brothers padded cell. I have written a separate report about the padded cell.