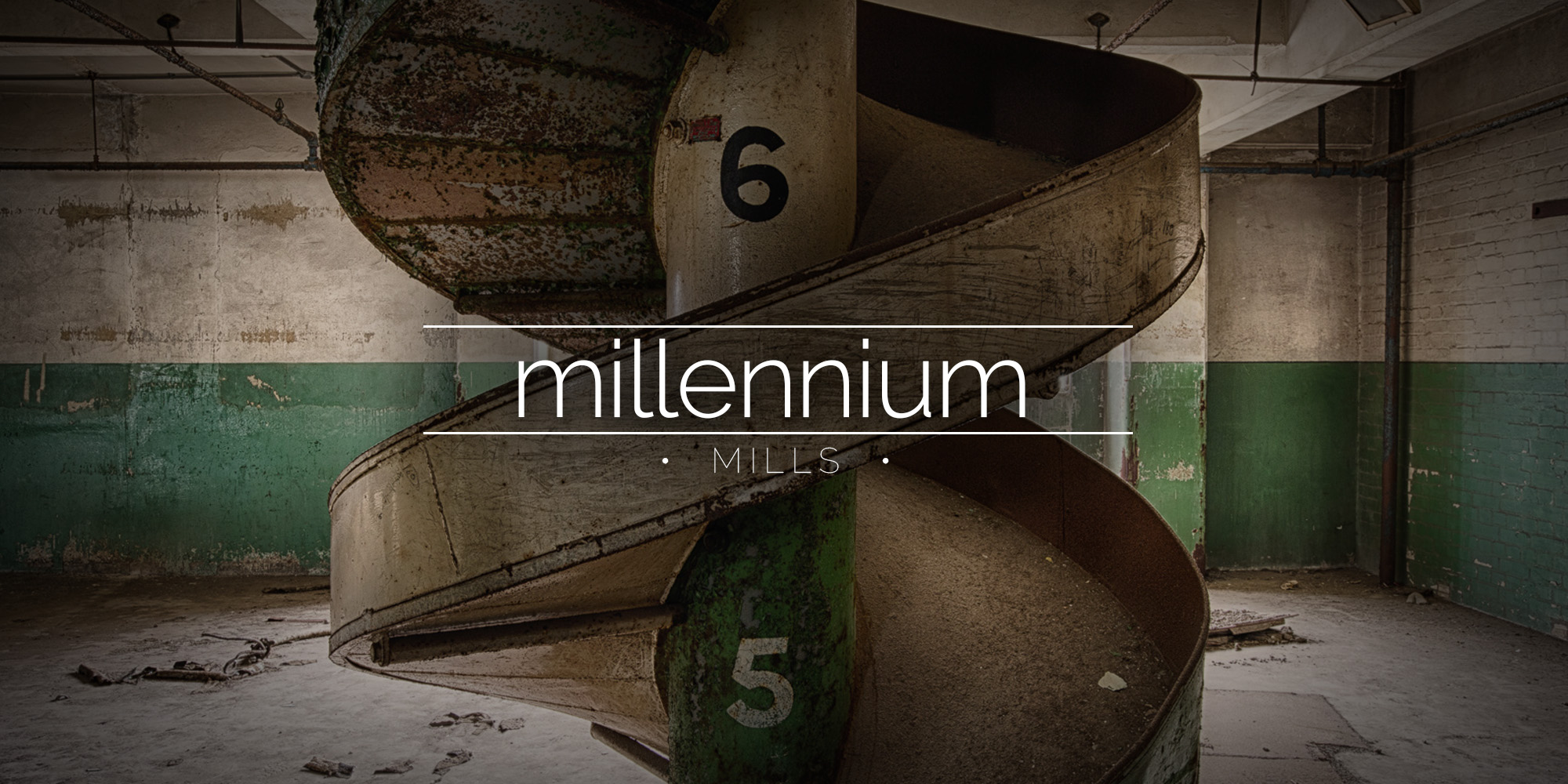 Millennium Mills is a large abandoned flour mill on Royal Victoria Dock, London. Built at the turn of the 20th century, the building is the last remaining of it's era in the area.

At the turn of the 20th century the Royal Victoria Dock in London became Britain’s largest centre for flour milling. The docks allowed grain imported from overseas to be offloaded from ships directly into the mills, while the railway provided excellent transports links to deliver flour throughout Britain.

Designed and built by millers William Vernon & Sons, Millennium Mills was named after their most popular product, Millennium Flour. Construction of the extensive mills began in 1905, featuring two plants that were capable of producing up to 100 bags of flour per hour.

Vernon & Sons were taken over by Spillers in 1920, who acquired Millennium Mills as part of the take over. The mill was completely rebuilt in 1933 in an Art Deco style.

The Royal Docks closed in 1981 and many of the businesses relocated. A few projects have been proposed for the area where Millennium Mills stands including a large public aquarium and a mixed-use development for residential and leisure facilities, however all the plans have either fallen through or been shelved. Other mills from the area have been demolished, however Millennium Mills which is locally listed and one of the silo’s which is grade II listed, remain.

The east façade features a large piece of artwork by Shepard Fairey who created the “Obey” campaign, amongst other recognisable works. The artwork features an image of a megaphone and the words “Amazing, portable, powerful! Attention, amplify your voice, projects free speech great distances”. The Obey star with eyes logo is also featured in the work.