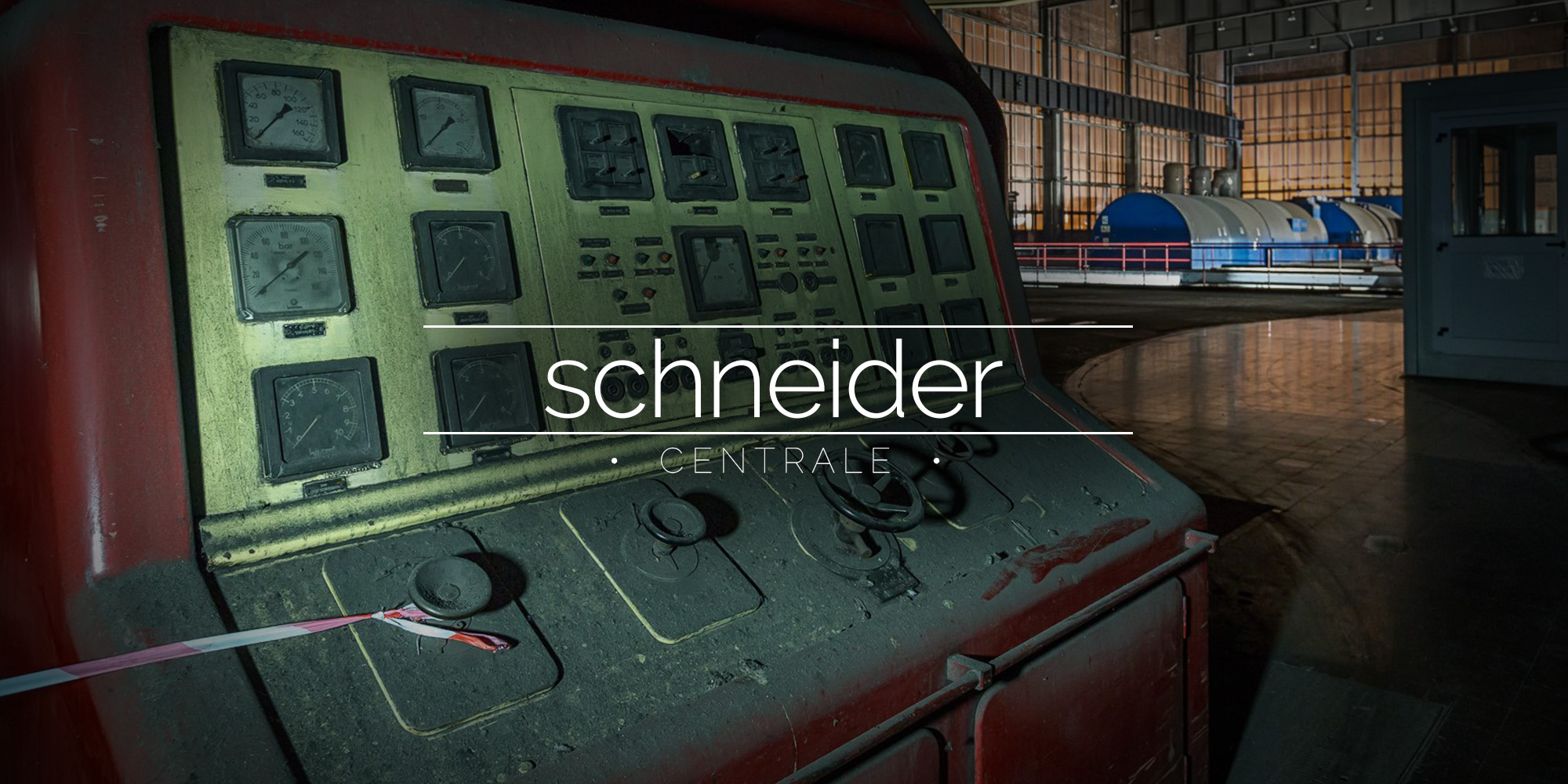 Opening in the late 1950s Centrale De Schneider was a coal-fired power station in France. The original configuration two turbines made by Cie Electro-Mecanique (the French subsidiary of Brown Boveri) was expanded in the 1970s with the addition of a Rateau-Schneider generator set, bringing the total capacity up to half a gigawatt. The Electro-Mecanique turbines were retired in the early 1990s and all the associated equipment has since been removed. The power station ceased generation a few years ago when the Rateau-Schneider was also taken offline.

Boiler House and other equipment