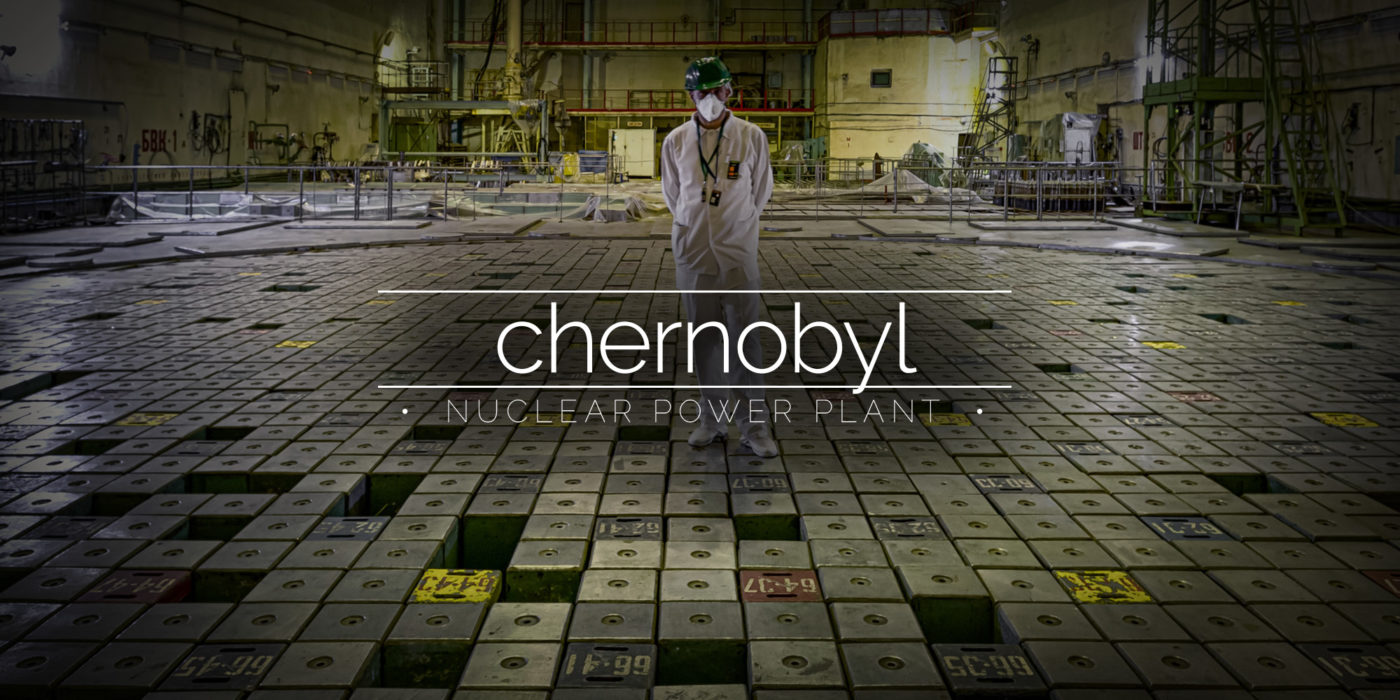 A look inside the Chernobyl Nuclear Power Plant in Ukraine, the location of the worst ever nuclear disaster.

The Vladimir Ilyich Lenin Nuclear Power Plant, commonly referred to as Chernobyl Nuclear Power Plant, owing to its close proximity to the town of that name, consisted of four RBMK-1000 reactors, each capable of producing 1,000 megawatts (MW) of electric power (3,200 MW of thermal power), and the four together produced about 10% of Ukraine’s electricity at the time of the disaster. Construction of the plant and the nearby city of Pripyat to house workers and their families began in 1970, with reactor No. 1 commissioned in 1977. The completion of the first reactor in 1977 was followed by reactor No. 2 in 1978, No. 3 in 1981, and No. 4 in 1983.

Electrical energy was generated by a pair of 500 MW hydrogen-cooled turbo generators. These were located in the 600 metre-long machine hall, adjacent to the reactor building. The turbines were five-cylinder K-500-65/3000 and the electrical generators were TBB-500’s.

Reactors No. 3 and 4 were second generation units, whereas No. 1 and 2 were first-generation units. Second-generation RBMK designs were fitted with a more secure containment structure visible in photos of the facility.

On April 26, 1986, the Chernobyl disaster occurred at reactor No. 4, caused by a catastrophic power increase resulting in core explosions and open-air fires. This caused large quantities of radioactive materials and airborne isotopes to disperse in the atmosphere and surrounding land.

The disaster has been widely regarded as the worst accident in the history of nuclear power. As a result, Reactor No. 4 was completely destroyed, and shortly after enclosed in a concrete and lead sarcophagus, followed more recently by a large steel confinement shelter, to prevent further escape of radioactivity. Large areas of Europe were affected by the accident. The radioactive cloud spread as far away as Norway.

After the explosion at reactor No. 4, the remaining three reactors at the power plant continued to operate.

The control rooms of each unit are positioned centrally between the machine hall and the reactor halls. A long corridor known as “The Golden Corridor” connects all the control rooms.

Control rooms 1 and 2 were identical, controlling the two first-generation units.

Control rooms 3 and 4 were identical, operating the two second-generation units. Some modifications were made to control room 3 after the accident, but this is pretty much how unit 4 would have also looked.

This is the room in which operators attempted to run the safety test and pushed the reactor to its limits. The AZ-5 shutdown procedure was then activated, which, unknown to the operators had a fatal flaw, triggering the explosion and meltdown of the reactor.

The process computer for the RBMK nuclear reactors prior to October 1995 was SKALA (from the Russian which translates to “Control system of the devices of the Leningrad Nuclear Power Plant”). Dating back to the 1960s, it used magnetic core memory, magnetic tape data storage, and punched tape for loading software.

The MCPs were responsible for ensuring a constant stream of water entered the reactor to remove the heat. During operation the heat turned the water to steam for use in the turbines. While the reactor was in a shutdown state, water was still required to keep it cool.

Two more blocks, numbered five and six, of more or less the same reactor design, were planned at a site roughly a kilometre from the contiguous buildings of the four older blocks. Reactor No. 5 was around 70% complete at the time of block 4’s explosion and was scheduled to come online approximately six months later, on November 7, 1986. In the aftermath of the disaster, the construction on No. 5 and No. 6 were suspended, and eventually cancelled in April 1989, just days before the third anniversary of the 1986 explosion. 6 further reactors were planned on the other side of the river. All 12 reactors were planned to be running until 2010.