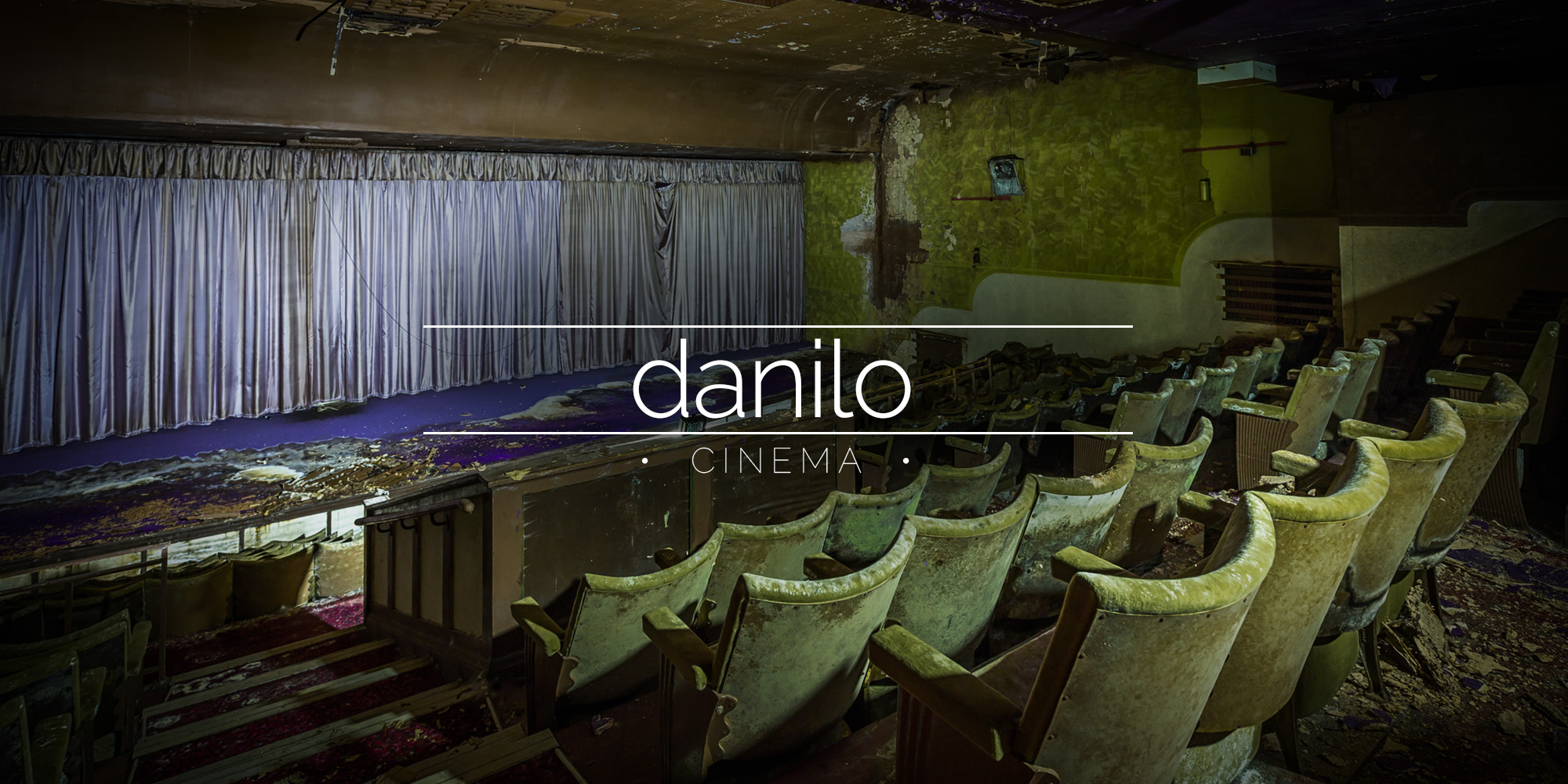 The Danilo Cinema opened in 1936 in Hinckley. It was a popular attraction until its closure in 1993 and the main screen has stood decaying ever since.

Opening in 1936 the Danilo Cinema had seating for 1,250 people and was the most luxurious available at the time. The cinema opened with a single screen and small stage, and the seating was split between two levels – stalls at ground level and and a circle balcony.

The cinema was decorated in an Art Deco style with simple, modern lines throughout. A lot of thought had gone into the design and layout to ensure that all seats had a clear and uninterrupted view of the screen.

In August 1973 the Danilo was re-opened as three screen cinema which later became the Cannon. The circle level became one large screen and the stalls split into a further two smaller screens. The proscenium arch of the original stage can still be seen behind the current screen, however the bottom half is now cast in concrete from the creation of the lower two screens.

The cinema closed in 1993. The lower levels were converted and used as a bar called All Bar Sports from 1998 until 2004, unfortunately loosing the two smaller screens. The building has been out of use ever since and is now starting to suffer decay and water ingress.