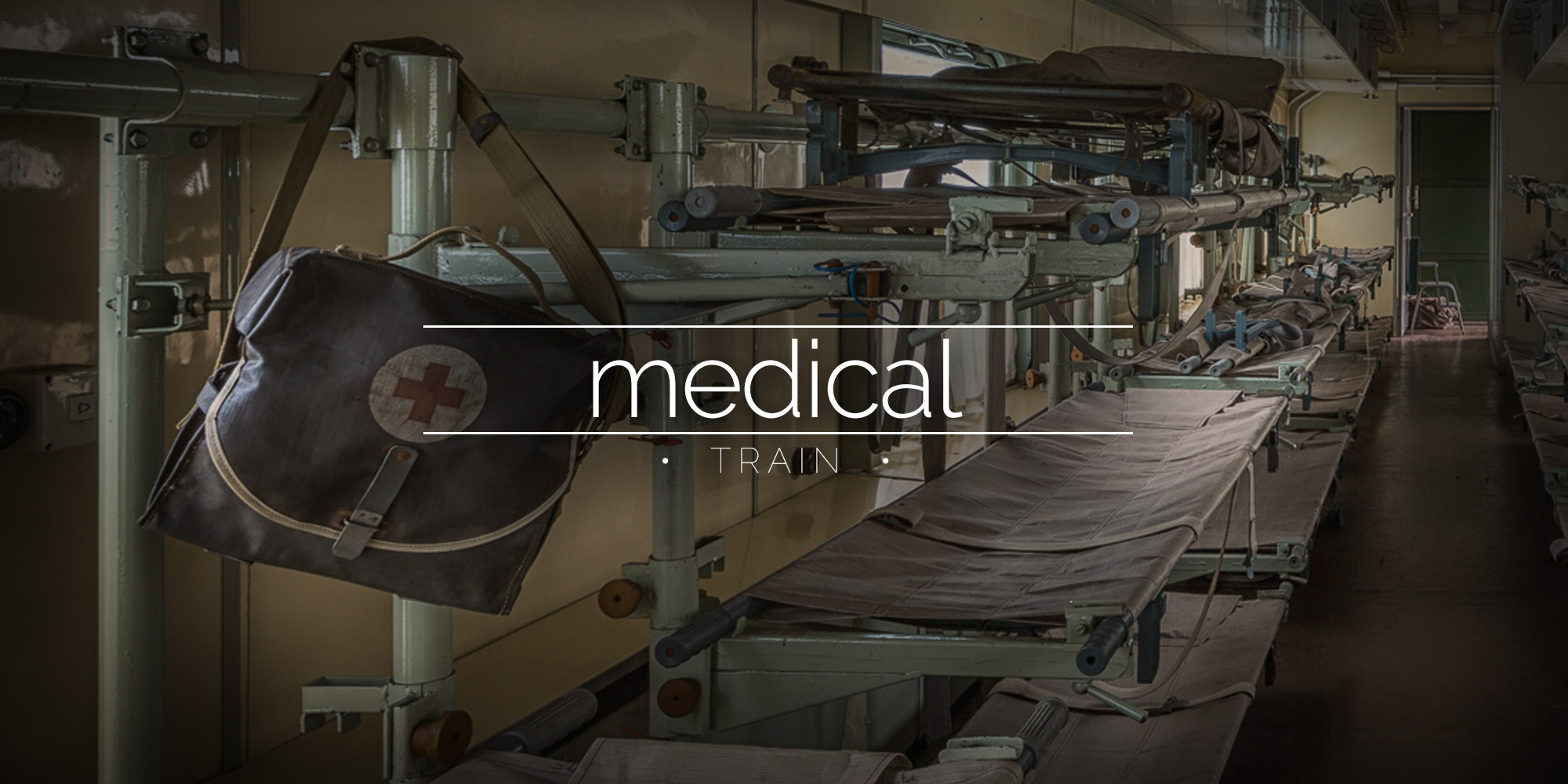 A train that was used as an ambulance and mobile hospital in Germany. The train is well preserved and in good condition.

The medical train is a set of railway carriages that were used as an ambulance and mobile hospital. Many ambulance trains were used during the first ans second world wars, but few remain to this day. This is a fine example of such which has been well preserved.

Each carriage provides a different function. The first we entered contained many beds and would have functioned much like a hospital ward where patients remain in bed and nurses could tend to them. Moving down the train we next come to the treatment areas. One area is set aside as a basic surgery, with a medical bed complete with stirrups and operating light above. A number of cabinets contain surgical implements and medicine.

The rest of the train is taken up by other supporting facilities such as a kitchen, administration/office area and a well stocked maintenance department. The foremost section is the locomotive containing two diesel engines. There was no sign of a drivers cab unfortunately, so I guess that section has previously been removed.