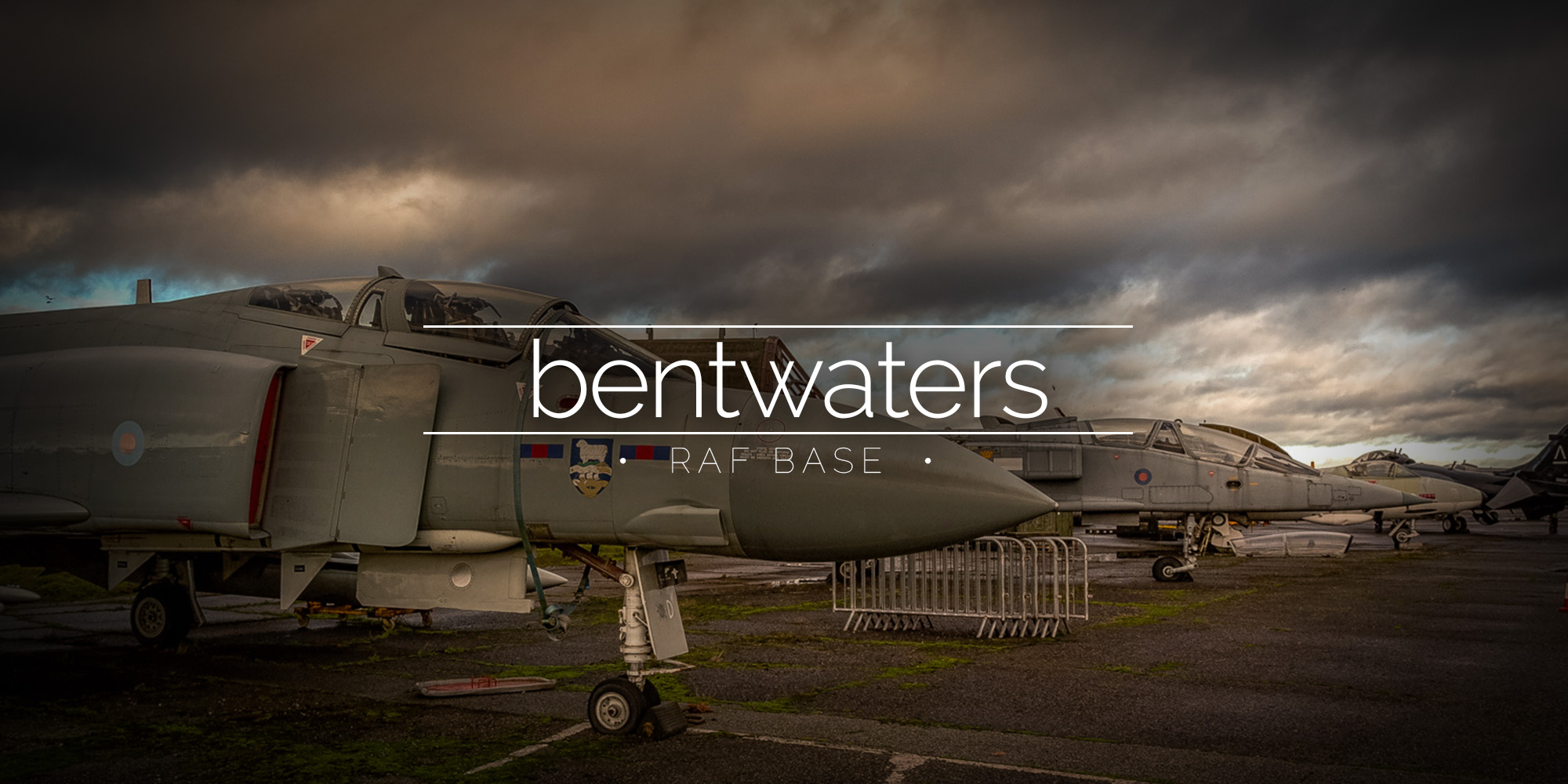 Ex-RAF and ex-USAF base which retains most of its buildings, hangars, etc and even has some aeroplanes and helicopters remaining on site.

Near Woodbridge, Suffolk in England Now used as filming location and business park

RAF Bentwaters is a former Royal Air Force station in Suffolk, named after Bentwater Cottages, two small houses that stood on the site of the main runway prior to its construction. Construction of the base began in 1942 for use by RAF Bomber Command and opened for operational use in April 1944. In December that year it was transferred to No. 11 Group, RAF Fighter Command. The runways were constructed in the typical RAF layout of one main runway diagonally intersected by two secondary runways, forming a triangle.

Bentwaters was handed back to the UK Ministry of Defence in 1993 and was subsequently closed. Now known as Bentwaters Parks, the site is used as a business park and filming location. Owners are constantly developing the filming and production facilities available at the site. Movies and TV programmes filmed there include Derren Brown’s Apocalypse, movies The Numbers Station and Fast & Furious 6, along with some Top Gear stunts, amongst others.

In 2007 the Bentwaters Cold War Museum opened, including tours of the fully restored “War Operations Room” and “Battle Cabin”.

The so-called “Star Wars Building” is surrounded by concrete blast walls and contains some interesting spaces including a medical room.

We didn’t get passed the gate!

One of the store buildings had a couple of old fire engines parked up behind it….

There are all sorts of jet aeroplanes and helicopters parked up around the site, in varying states of decay and dismantlement.

The site has a lot of hardened aircraft shelters, or hangars, spread out across a vast area. Several are in use by private companies, and others are empty. A common feature of the hangars is the huge sliding doors that form the entire hangar’s frontage – these slide to the side on rails to open up fully allowing access for aeroplanes.

This building had been out of use for quite some time and is suffering a lot of decay. The moisture and condensation cause constant rainfall inside the building, which was ideal for plant growth.

We didn’t make it over to the control tower, which is situated within the live business park area of the site. The runway still has some of the maintenance and de-icing vehicles parked up.

Originally built as a jet engine testing facility with an exhaust tunnel, the Hush House was a soundproofed hangar where fighter jet engines could be tested without annoying the neighbours.