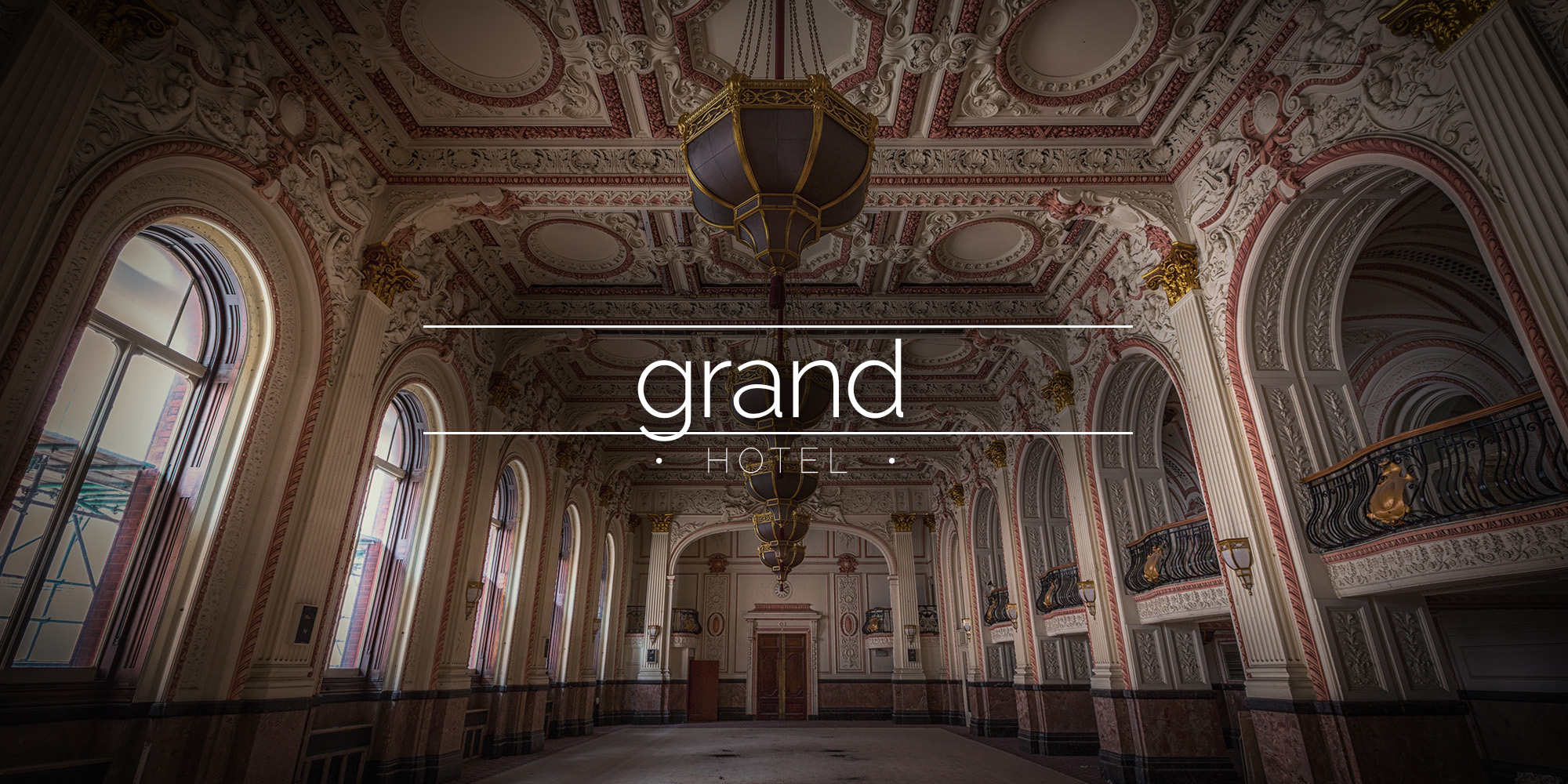 The impressive ballroom of this grandiose hotel dates from the late 1800s. The ballroom will soon be refurbished along with the rest of the hotel.

History of the Grand Hotel, Birmingham

The Grand Hotel in Birmingham was built between 1877 to 1895 and has had many subsequent alterations and additions. Much of the present building fronting onto Colmore Row was originally constructed by Isaac Horton, founder of the Horton’s Estate, to designs by his architect Thomson Plevins.

This rather impressive hotel has been out of use for since its closure in 2002, after getting into financial difficulties. The hotel had been neglected during the 1980s and 1990s, contributing to its decline. Deteriorating exterior stonework meant a lot of work needed to be done, and the owners had plans to demolish the building until a listing order was made, saving it from demolition. Solutions have been found for the sub-standard building materials used during construction and renovation is now under-way.

The stunning Grosvenor room is a ballroom that was added as part of a huge expansion in the late 1880s is awaiting full restoration. Attempts have been made to stop further decay but parts of the ornate plasterwork have fallen away from the ceiling; the room is showing its age when inspected close-up. The decorative works feature murals between huge Corinthian pilasters and the enormous Art-Deco style light fittings date from the 1920s. The rest of the hotel has been stripped out ready for the renovation work to commence.