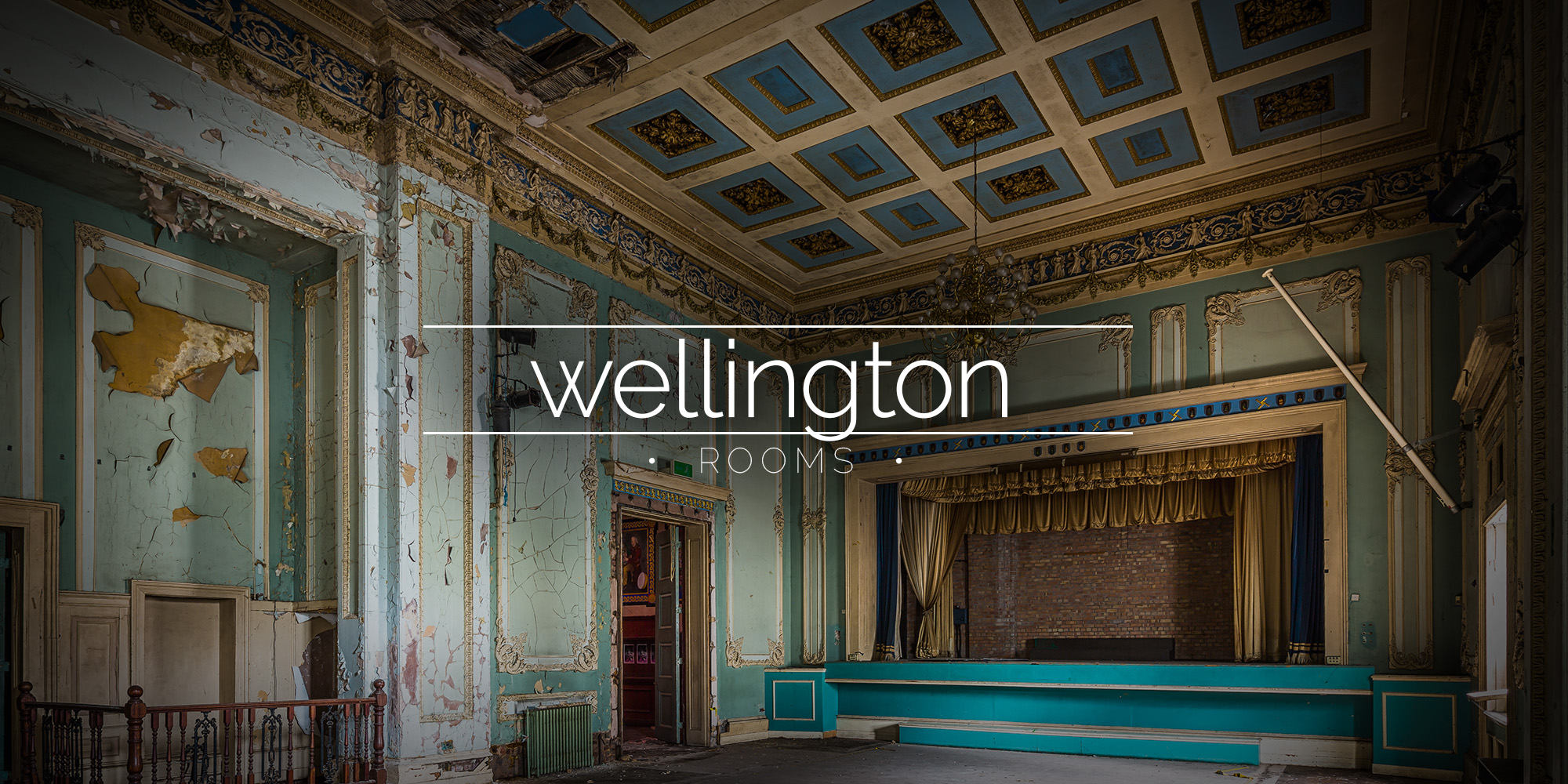 Opening in 1816 the Wellington Rooms was a subscription assembly room. Later becoming the Irish Centre before its closure in the 1990s.

Designed by Edmund Aikin, the neo-classical Wellington Rooms is located within an important Georgian conservation area and cultural quarter of Liverpool. Built between 1815-1816 as a subscription assembly room the building quickly became the centre of fashionable Liverpool life. The Wellington Club was wound up in 1923 but the Rooms continued to function as a social club and place of entertainment throughout the 20th Century, being known in succession as the Embassy Rooms, Rodney Rooms and Rodney Youth Centre. The building lastly became the Irish Centre, which finally closed in the late 1990s.

Since closure the lease of the building was passed to a property developer. Their proposed project to convert the Welling Rooms into a hotel was declined as too much of the building’s integrity and remaining features would be lost. The building is still disused and although emergency repairs have been made the interior features and ornamental plasterwork remain at risk.

How it used to look

Some archive photos of The Irish Centre showing how it used to look.

The Kennedy Room used to be the Claddash Room, and the decaying room above was once the Crock of Gold Giftshop.
Author: Andy Kay | Facebook | Flickr | Instagram