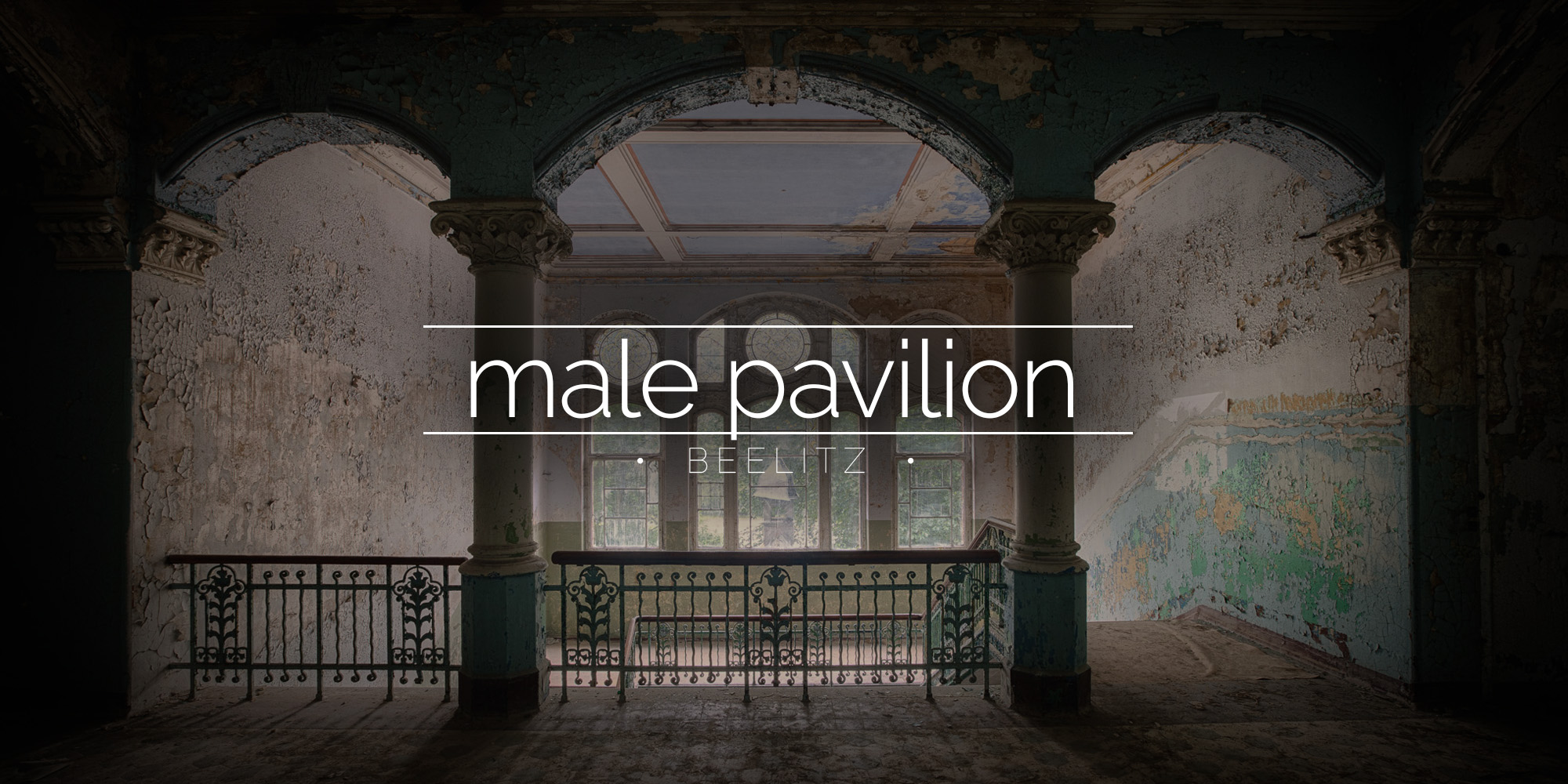 The Pavilion of the Male Sanatorium at Beelitz was the primary treatment area for sufferers of tuberculosis. The building is huge with extensive open-air treatment areas.

This is part of a series of reports from Beelitz Heilstätten Military Hospital in Germany. Please have a look at the Central Bath House and Women’s Lung Hospital Reports

The interesting history of Beelitz hospital has already been covered in previous reports, but if you haven’t read it it’s worth a look. Click below to expand….

The history of Beelitz-Heilstätten Military Hospital

Beelitz Heilstätten is a large abandoned hospital in Germany. The complex comprises around 60 buildings built from 1898 to the plans of architect Heino Schmieden. The buildings were built in the German Country Style, with impressive brickwork.

From 1898 until 1930 the Beelitz Heilstätten complex served as sanatorium for lung diseases. At the time lung diseases were commonplace and many such as tuberculosis were often fatal.

During the First World War the sanatorium was used as a field hospital to treat casualties of the newly developed weapons such as machine guns and mustard gas. A notable patient during this period was a young Adolf Hitler, at the time a soldier who had been shot in the leg and blinded by a British gas attack at the Battle of the Somme. This earned him the Iron Cross.

As irony would have it, his successful treatment at Beelitz and his experiences of war would set the stage for the hospital to once again be used as a field hospital, this time treating wounded Nazis during World War II.

In 1945 the hospital was occupied by the Red Army and it served as a Soviet military hospital for the next 50 years until its closure in 1995.

Today a handful of the buildings have been converted for modern use, including a neurological rehabilitation hospital and a Parkinson’s research centre. The majority of the complex, including the surgery ward, the psychiatric ward, and a rifle range, have all been abandoned and left to decay back into the surrounding forest.

The Male Pavilion at Beelitz

The Male Pavilion is the largest building in the Male Sanatorium quarter of the Beelitz complex. The pavilions were the main treatment areas in sanatoriums for tuberculosis sufferers, requiring plenty of fresh air and bed-rest in peaceful surroundings. The pavilions were in effect simply a series of wards, with open-air verandas running the entire length of one side. The pavilions did not house any surgeries or other services, these were all supplied by other buildings in the complex. None-the-less the pavilions were still ornately decorated and despite the wards themselves being somewhat repetitive in order to house literally thousands of patients, the buildings still contained prominent features. The central staircase is a testament to the impressive style of the period. The western-most end of the building features a huge exercise hall with carved dragons similar to those in the Bathhouse. Murals and decoration from the hospitals occupation by the CCCP are visible on the walls of the exercise hall.

The sanatorium served as a military hospital between 1914 to 1918 as part of the war effort and this particular pavilion was the one that housed the young Bavarian infantry corporal, Adolph Hitler while he recovered from being shot in the leg and blinded by mustard gas at the Battle of the Somme in 1916.

Interestingly, this particular pavilion was not exclusively for military use, nor was it exclusively for male patients during Soviet occupation. A wing of this pavilion was set aside to treat children, presumably those of military personnel. Due to the pavilion being in use much longer than many other buildings at Beelitz it has withstood the test of time rather well. Although now unmaintained for 20 years, and showing some signs of water damage, the building is in surprisingly good shape.