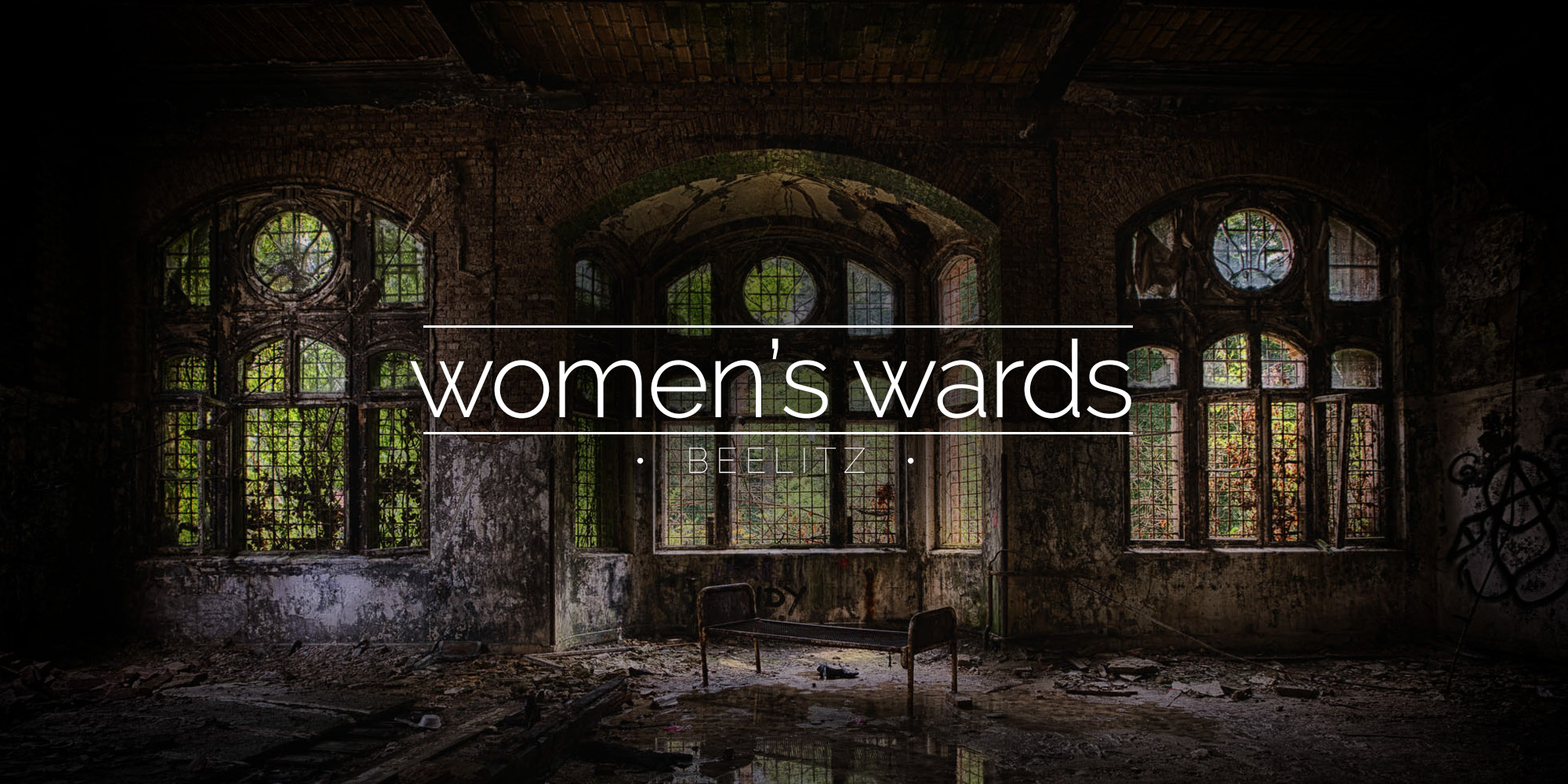 The wards form part of the women's lung hospital at the Beelitz Military Hospital Complex and feature a lot of decay.

This is part of a series of reports from Beelitz Heilstätten Military Hospital in Germany. Please have a look at the Central Bath House and The Male Pavilion Reports

Beelitz Heilstätten is a large abandoned hospital in Germany. The complex comprises around 60 buildings built from 1898 to the plans of architect Heino Schmieden. The buildings were built in the German Country Style, with impressive brickwork.

From 1898 until 1930 the Beelitz Heilstätten complex served as sanatorium for lung diseases. At the time lung diseases were commonplace and many such as tuberculosis were often fatal.

During the First World War the sanatorium was used as a field hospital to treat casualties of the newly developed weapons such as machine guns and mustard gas. A notable patient during this period was a young Adolf Hitler, at the time a soldier who had been shot in the leg and blinded by a British gas attack at the Battle of the Somme. This earned him the Iron Cross.

As irony would have it, his successful treatment at Beelitz and his experiences of war would set the stage for the hospital to once again be used as a field hospital, this time treating wounded Nazis during World War II.

In 1945 the hospital was occupied by the Red Army and it served as a Soviet military hospital for the next 50 years until its closure in 1995.

Today a handful of the buildings have been converted for modern use, including a neurological rehabilitation hospital and a Parkinson’s research centre. The majority of the complex, including the surgery ward, the psychiatric ward, and a rifle range, have all been abandoned and left to decay back into the surrounding forest.

The Women’s Lung Hospital at Beelitz

The Lungenheilstätte für Frauen – Lung Hospital for Women – comprises a quarter of the hospital complex at Beelitz. The male equivalent quarter of the site has now been redeveloped and put back into use for other purposes.

The lung hospital comprises 5 main buildings – a large surgical ward, two large pavilions, a washing-house and a cook-house. The buildings are now stripped and many falling into a severe state of dis-repair.

The first building we entered was the bomb-damaged Female Pavilion. The sanatorium was used as a military hospital during the great war, and again during the Second World War. Although bombing of hospitals was prohibited during war-time, the pavilion had suffered extensive bomb damage from RAF attacks. Presumably the hospital was mistaken for barracks. When the Soviet Union took possession of the complex they had far more buildings than they required. The bombed out pavilion therefore was never repaired and has stood empty ever since. Even after all these years the structure still stands remarkably sound, a testament to the German engineering of the time. Now bare and stripped, our primary goal was to locate and shoot the staircase featured on the cover of the book “Beauty in Decay”. As we explored the building looking for the infamous staircase we discovered many other staircases offering equally good photographic opportunities, and also discovered a woodland that had sprouted several floors up!

The next building we moved on to was the huge Surgical Block. As is often the case at Beelitz the shear scale of the building isn’t instantly apparent. Upon entering the building and peering down the long corridors disappearing in both directions you start to get the impression it’s a pretty big place! The building, like many at Beelitz is fronted by large verandas allowing recovering patients to sit outside in the therapeutic fresh-air. At each end of the building is a large dome-topped circular room, most likely a bathhouse. The centre of the building houses a large reception hall with huge staircase wrapped around an open lift-shaft large enough to easily fit a stretcher. A room on the top floor that has a chapel-like appearance was where families of the unluckier patients could visit their deceased relative.

The final building of the Women’s Lung Hospital was the Female Pavilion. This was one of two, the other being the bomb damaged one we had visited earlier. The building has been heavily damaged by water ingress, to the extent that some walls have started to collapse. There were a few opportunities for nice shots, but wards were somewhat repetitive.