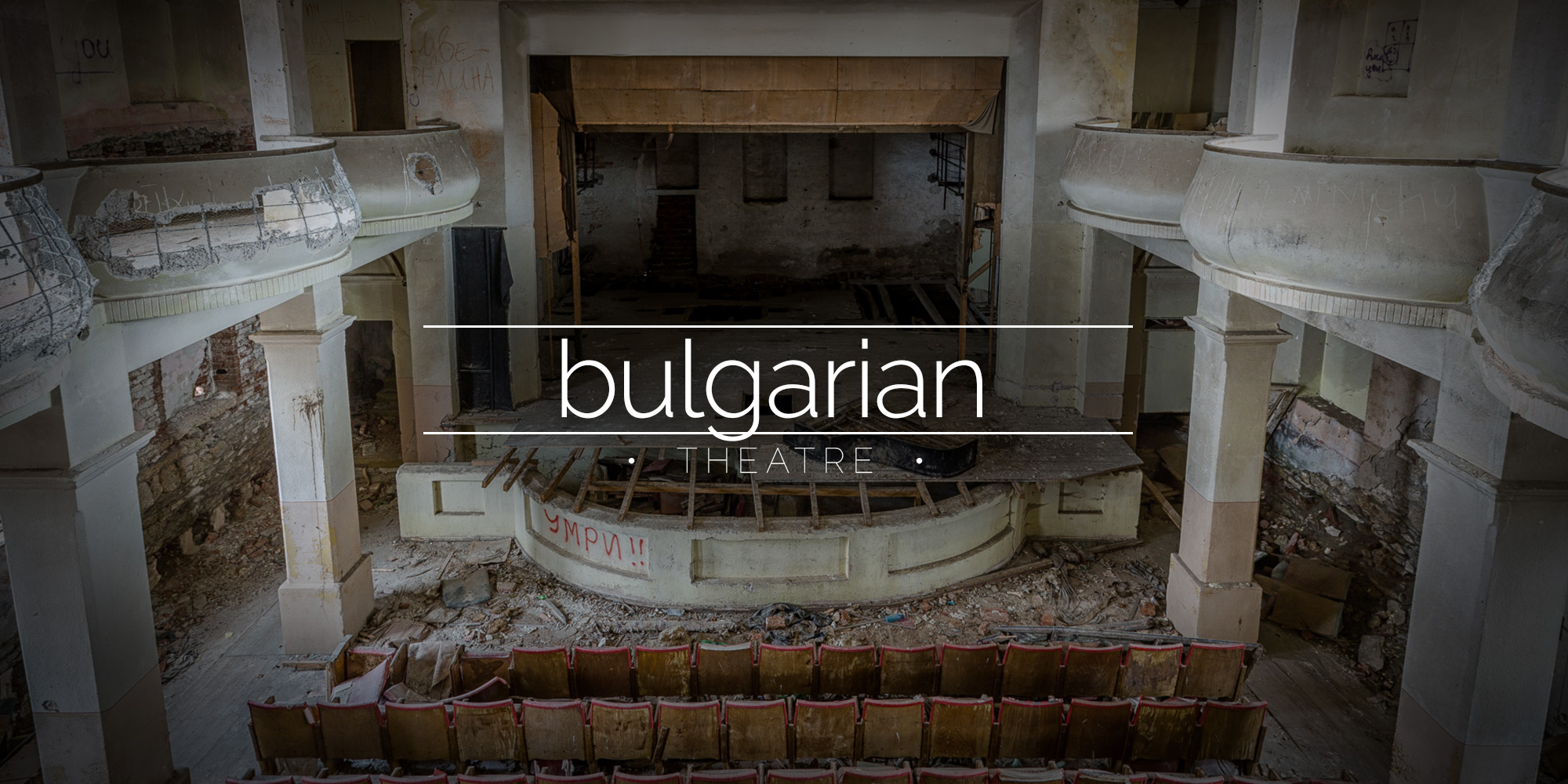 A small theatre in a traditional Bulgarian town. The theatre has been closed for a while and has become derelict but the features shine through.

I have been able to find very little history about this little old theatre in Bulgaria. The theatre has clearly been closed for some time and has become derelict. The stage area had at some point suffered from water damage causing part of the stage to collapse. Other parts of the theatre had suffered vandalism and graffiti. Despite all this, the original architectural details shine through, and it was clear to see the theatre would have been rather elegant for its time in the centre of the small, traditional Bulgarian town in which it is situated.

If you liked this report you may want to check out Proj3ct M4yh3m's Bulgarian Theatre report too.