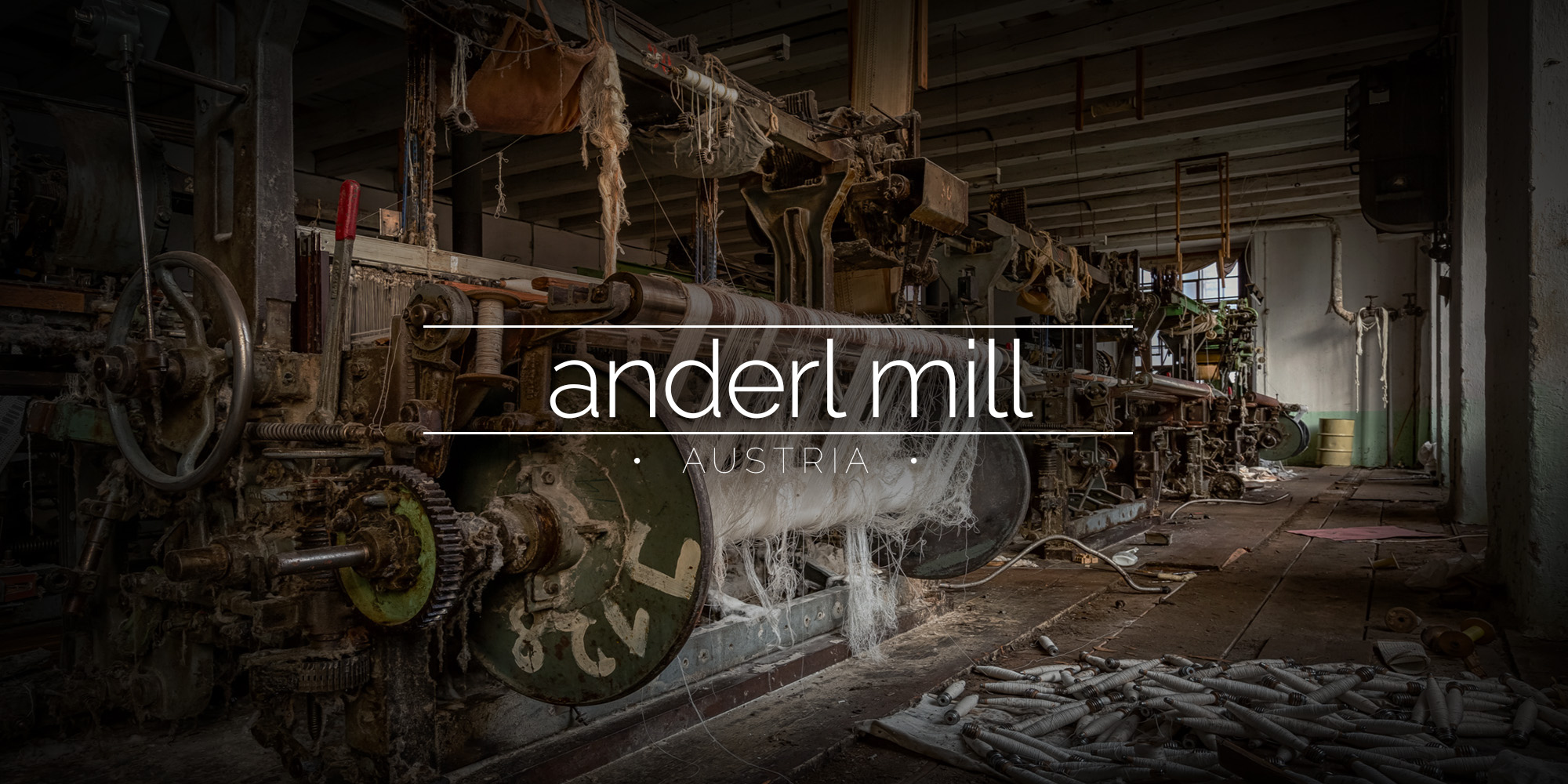 An abandoned fabric mill in Austria with everything left in place including vintage spinning and weaving machinery.

Anderl Textile Mill is a historic abandoned fabric mill in the Schrems municipality, Austria, with a lot of vintage machinery for spinning yarn and weaving cloth. It looks like the workers just got up and left, with fabric still left in the machines and everything left in place.

The mill was established in 1879 when Johann Anderl, a woven goods manufacturer from Vienna’s Webgasse, took over the Klee Mill and relocated its production. Initially there were a few mechanical looms, and the mill was situated by a river to provide hydro power for the machinery. Towards the end of the 19th century, it switched from water to steam power and set up a dyeing and bleaching plant.

The mill ran into financial difficulties, and by 1938 went into receivership. As part of the war effort, the electric goods company Felten & Guilleaume occupied the factory and production of textiles was discontinued.

Following the war, Hans Anderl took over and rebuilt the weaving and finishing business. A “Vigognespinnerei” was established in 1950, producing Vigogne, a blend of cotton and sheep’s wool, creating employment for 220 people.

The mill was again modernised in 1967 when Anderl’s nephew, Richard Hein, took over. By this time the old machinery had become outdated, and the workforce had been reduced to just 20 people. The equipment was replaced with modern machinery to produce sheets for the hospitals in Vienna, diapers, gauze and linen for tire production. At its height, employment rose to 275 people, however owing to the decline of the textile industry the mill was forced to close in 2004.

The first part of the process to produce textiles is to spin the base material, usually cotton or a mix with wool, to make it into a yarn.

Next, the yarn makes its way down to the floor below where it is stretched by Stenter Machines, making threads of uniform width.

Once the thread it stretched, it can be woven on a loom to form fabric such as linen. Weaving machines automate this process.

The machines were capable of weaving complex patterns. The patterns were programmed onto punch cards.

The floor below had more weaving machines, these appeared to be a bit older

The factory had an extensive array of finishing machines, to convert the woven cloth into a usable material.

The last part of the process is to dye the fabric, print any patterns onto it and ensure it’s all dry.

Offices and other areas of the site

The offices remained with everything still in place.