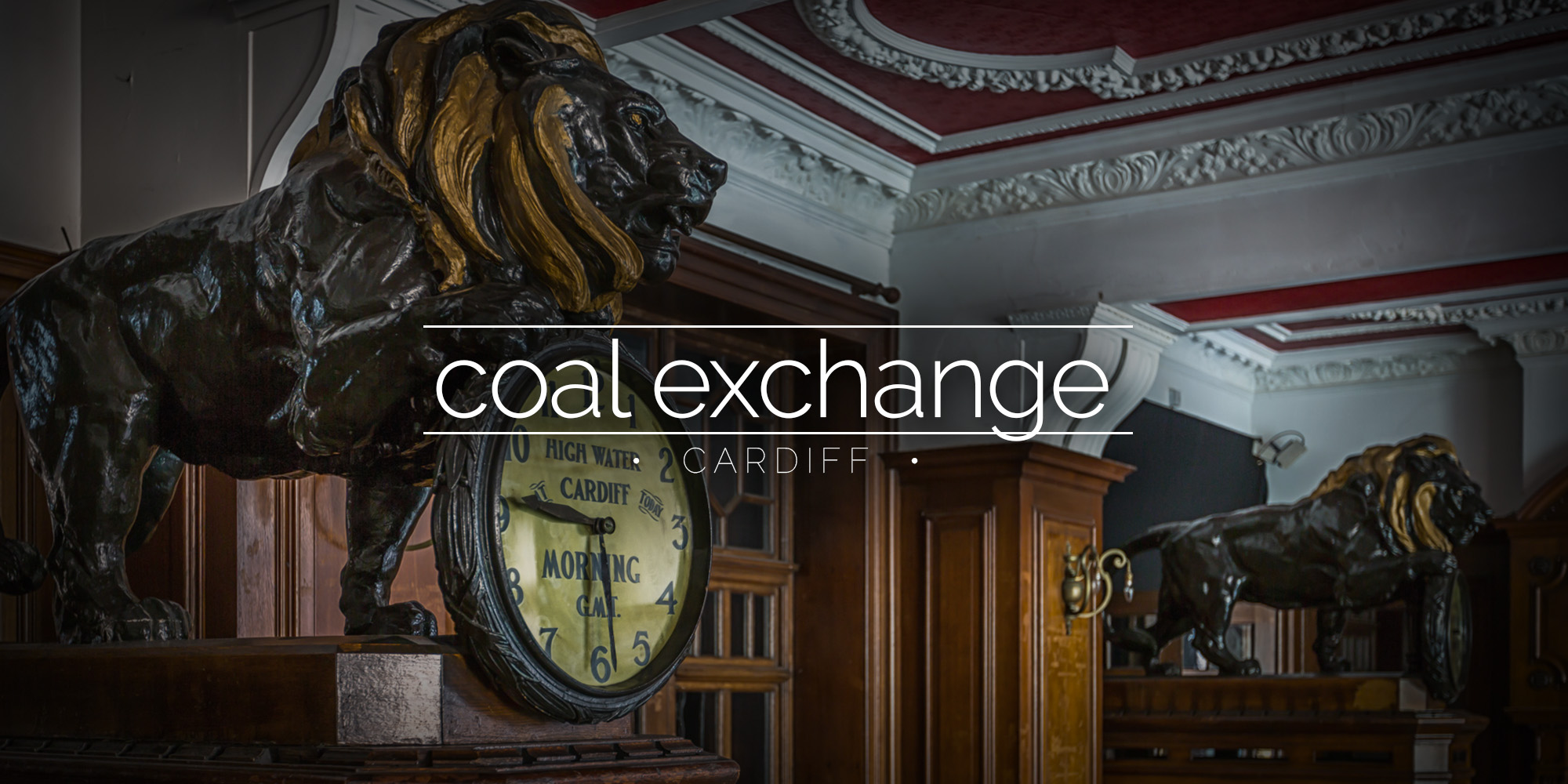 The Coal Exchange is a grand building in Cardiff with a huge carved-wood trading hall and ornate features, where businessmen would negotiate the trading of coal.

The Coal Exchange in Cardiff was constructed as a place where trade negotiations regarding the sale of coal could be conducted. Constructed between 1884 and 1888 by Edwin Seward, the grand building features paired Corinthian columns, an oak balcony, and rich wood panelling in a large trading hall, which was reconstructed in 1911.

Mount Stuart Square in Cardiff was a residential street with a central garden. As the city of Cardiff grew, the area was gradually taken over by businesses where business men would gather and coal merchants would use chalk to mark the prices of coal onto slates outside their premises.

The Coal Exchange was constructed to form a centralised trading place, and became an important role in industrial Cardiff. Coal owners, ship owners and trading agents would meet daily on the floor of the trading hall, and during peak hours there could be as many as 200 men negotiating deals. It was estimated up to 10,000 people would pass through the doors every day!

Interesting Fact
For a time, the price of the worlds coal was determined at Cardiff’s Coal Exchange, and the worlds first £1 million deal was made there in 1904.

Cardiff relied heavily on the coal industry and the the Bute Docks eventually began to see a downturn in demand. The Coal Exchange closed in 1958, and coal exports came to an end in 1964. 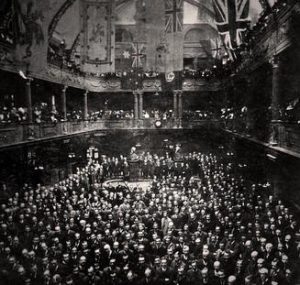 The building became Grade II* listed in 1975, and was used sporadically for TV filming until 1988 when it was purchased to be used as a major venue. It was extensively refurbished and from 2001 hosted acts such as the Arctic Monkeys, Van Morrison and the Stereophonics. The refurbishment retained the trading hall, although with the addition of a suspended ceiling hiding away the original glass roof. By 2013 serious safety issues concerning the structure forced the closure of the events venue.

The building is now in varying states of decay – the west wing is still in use as offices by a number of business, whereas the east wing has seen many years of neglect, causing some floors to collapse and some areas have suffered a fire. The Coal Exchange Ltd who ran the venue for over a decade still retain the lease for the trading hall and have done an excellent job of preserving the hall and main entrance, which both remain in a good state of repair.

Some of the building was used by Barclays bank and the vaults beneath still remain.