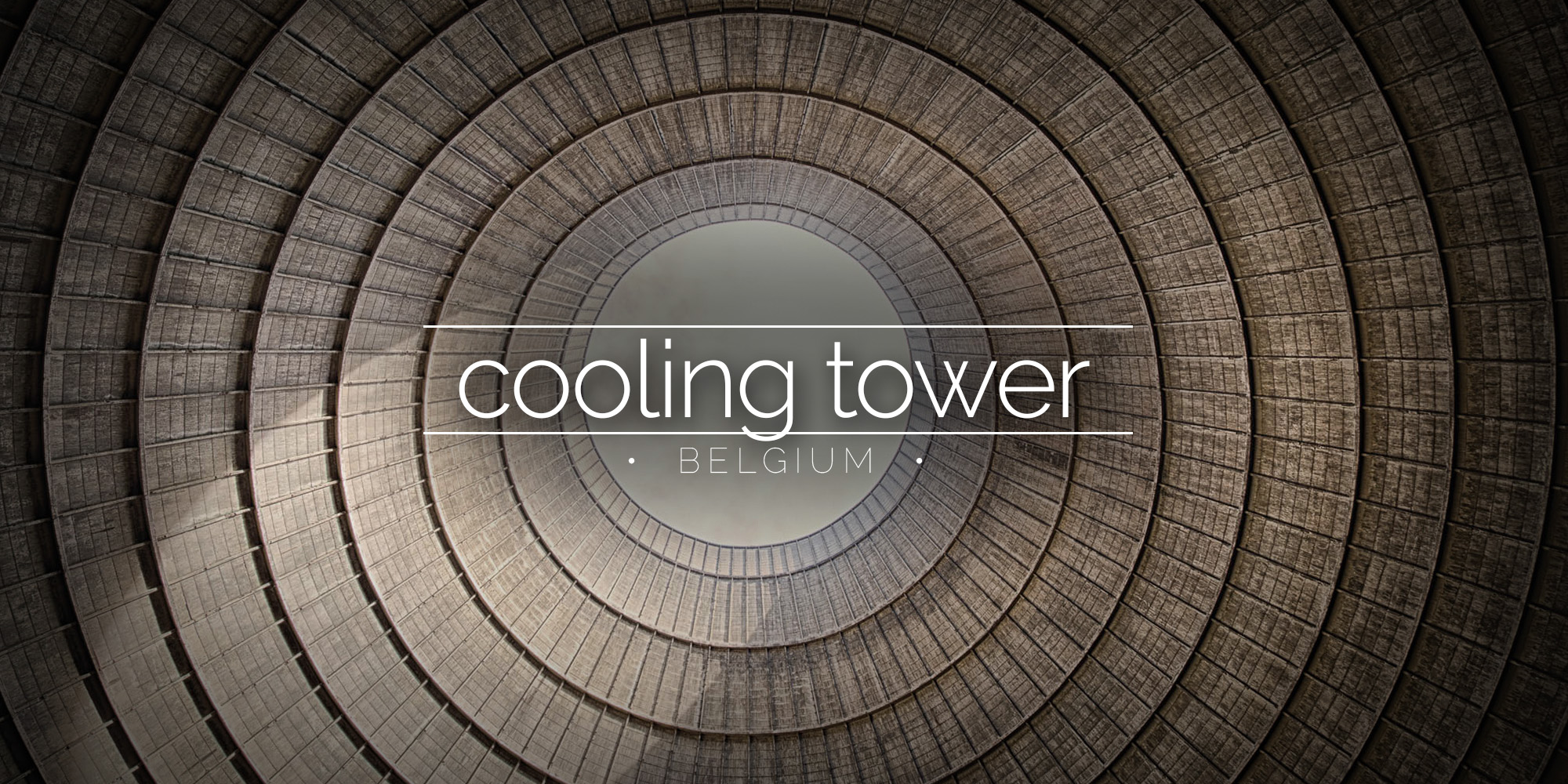 The Belgians seem to quite like big cooling towers. Unlike the UK, where we build an array of smaller towers, on the continent they prefer a single huge tower at each plant. I have no idea why! But the huge towers make great locations for photography once they have been abandoned.

IM’s hyperboloid cooling tower sits on the bank of the river, and the power station itself sits on the opposite bank. We didn’t have time to visit the power plant, so we stopped off to visit just the tower. After climbing up the steps and entering the cavernous interior we grasped the full-scale of the structure. The water troughs were still there, where the hot water would have flowed after being pumped out of the large hole in the centre. It would have then flowed through the small gaps and fallen into the lake below. The water cools while falling, the heat creating a natural updraught through the tower, further aiding cooling and carrying the dispersed heat out of the top.

We then ventured underneath into the lower level. Noticing the rising water level filing the small, low-level entrance we made our way in and were in awe! The internal structure we had been on top of a few minutes before was now looking like something from a sci-fi film. Certainly the highlight of the visit.