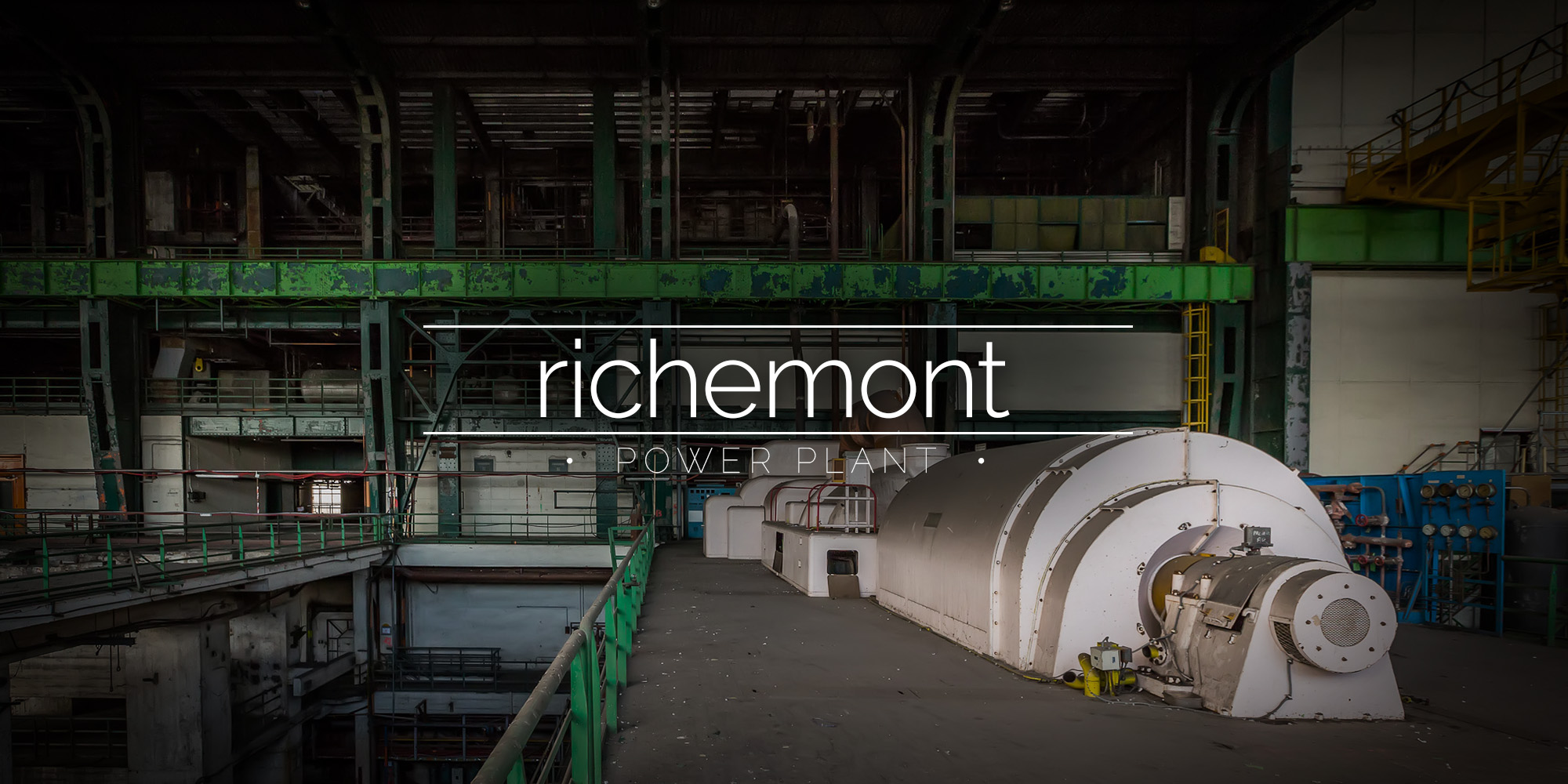 Richemont Power Plant was commissioned in 1955 with three turbines. A further two turbines were added bringing the capacity of the plant up to 415 megawatts.

Although capable of running on diesel or coal, the primary fuel source was blast furnace gas, a by-product of iron production. Richemont gas plant was built to replace the small-scale power plants at a number of iron and steel works in the region, centralising electricity production. A network of pipelines were built to transport from the gasses from each of the steelworks.

The availability of blast furnace gas dropped, as did demand for electricity as gradually the iron works ceased production, and as a result the Richemont station was closed in 2009.