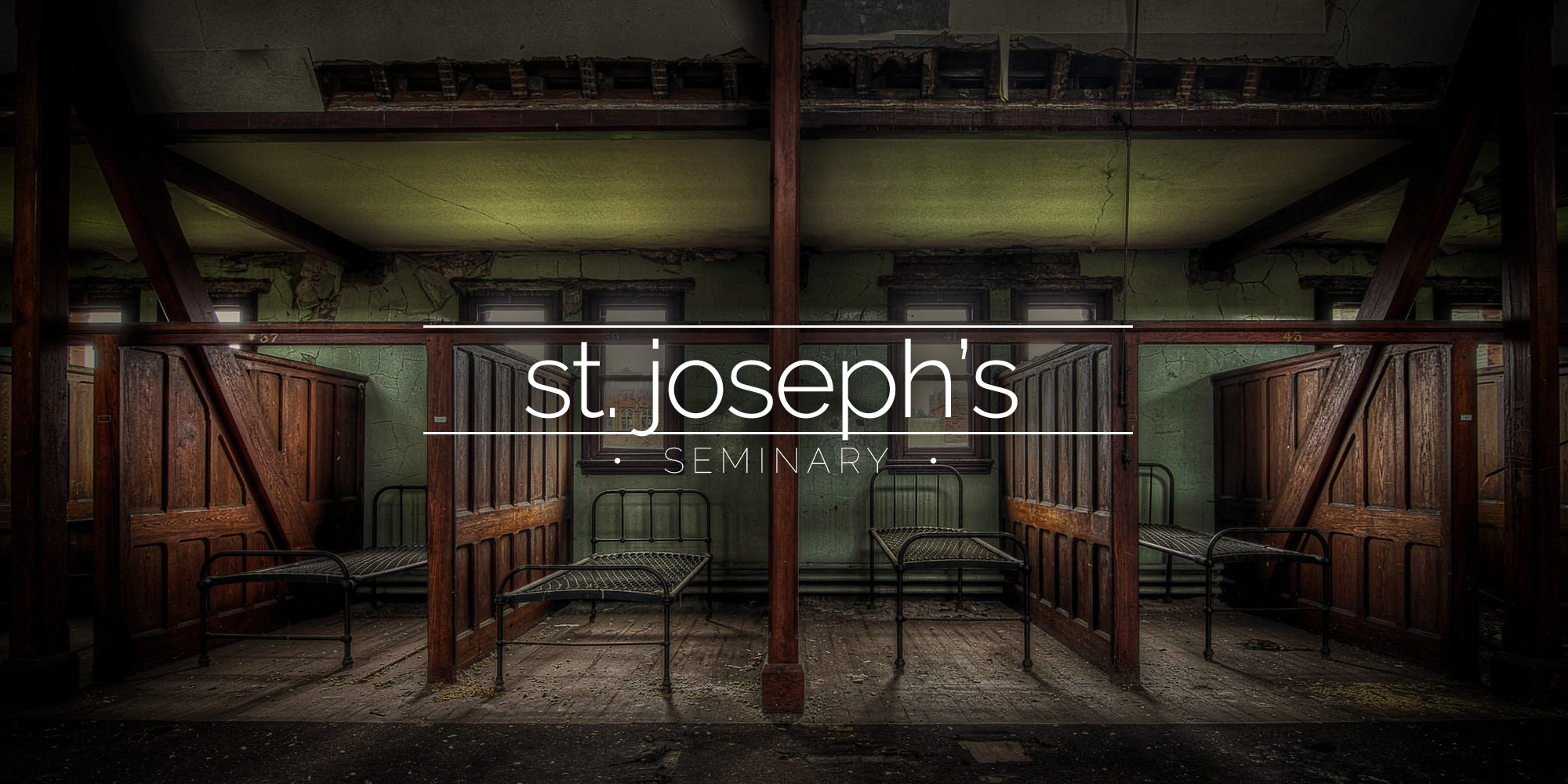 St Joseph’s Seminary in Upholland was one of two institutions in the North of England proving education to those wishing to enter the priesthood.

St Joseph’s Seminary at Upholland opened in 1883, the first phase was built to a design by James O’Bryne. Set amongst a backdrop of copse and wildwood amidst gently sloping fields, the buildings are flanked with rough-hewn stone. An upper and lower lake are separated by a gentle and soothing waterfall. [1] The 150 acres of land the seminary is built upon had been purchased at auction in 1877. The grandeur of the chapels, meeting rooms, fixtures and fittings was unbelievable.

The seminary was closed during WW1 and reopened in 1919 along with a junior seminary. The second phase of construction commenced in 1923. The design was in a different style to the original buildings, however it was equally as grand. Landscaped gardens and sports facilities were also completed by 1927. A new chapel was added in 1930 along with 14 sub chapels. The final addition to the site was a science block. [2]

St Joseph’s, usually referred to by its students simply as Upholland, was the main seminary serving the North West of England. The sister seminary at Ushaw provided the same services for the North East. Both institutions housed both a junior and senior seminary. The junior seminaries provided secondary education in a semi-monastic environment to boys aged 11 to 18 who wished to pursue the priesthood. The senior seminary taught adults philosophy and theology as they prepared for priesthood. [3]

The college flourished up until the 1960’s, when changes in the social climate led to a sharp drop in enrolment numbers. The two northern seminaries were integrated, with Upholland becoming a junior seminary and Ushaw providing senior courses.  Upholland increasingly saw its role become one of a conference centre as the number of students continued to drop. By 1987 only 54 church students were attending and it became no longer viable to educate them.

The estate was sold to a developer who planned to redevelop the site into private housing and apartments. The sale was steeped in controversy, as St Joseph’s had just started to make a small profit once again. Additionally, many valuable items that had been donated by other institutions were sold off or went missing, and were not offered back to those who had donated them.

The huge seminary now sits empty. Inside the building is slowing falling into a state of ever worsening disrepair, and there are no signs that redevelopment will commence any time soon.