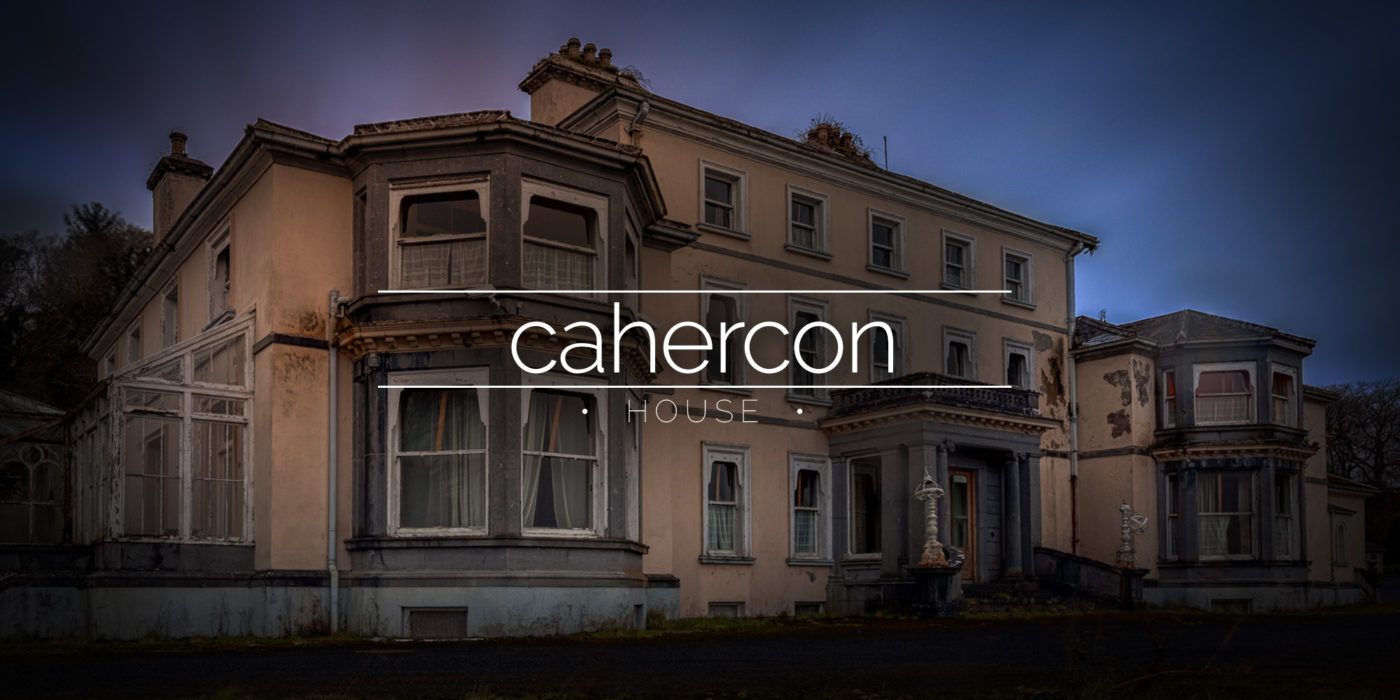 Built around 1790 overlooking the Shannon Estuary, Cahercon House is a 60-bedroom Georgian mansion with an interesting history.

It seems everywhere in Ireland has a rich history behind it, and Cahercon House in Kildysart is no exception. The 60-bedroom Georgian mansion was built around 1790, on 220 acres of land overlooking the Shannon Estuary. Through that time it has been an ascendancy family seat, a seminary for missionaries, a boarding school and, most recently, a pet project for the head of a quarrying conglomerate.

The house was built by the Scott family, but soon becoming the home of the White family in 1800s. The Whites were regarded as “new money” by high society after rapidly making their fortune operating a lottery, however this proved to be the start of an aristocracy and the house stayed in the family for the next 90 years.

Cahercon House was sold to the Vandeleurs in 1897, after their previous residence in Kilrish was destroyed by fire, and they remained there for the next two decades. The Vandeleurs, however, were not popular landlords amongst the community, and were responsible for over 1,000 evictions following the potato famine.

The estate was sold to the Maynooth Mission to China, later called the Missionary Society of St Columban and better known as “the Columbans” in 1920 for £14,000. Cahercon became St Senan’s College, a philosophical institute and seminary. A few years later, it would become a convent for the Sisters of Saint Columban, who ran a high school there until 1948. The Columbans sold the place, in October 1962, to the Salesian sisters who turned it into a boarding school for girls, which closed in 2002.

The house then fell into the hands of Clareman Paddy Whelan, a businessman who owned an extensive quarrying business and was looking to set up an explosives factory. Planning permission was granted for construction of the factory in the grounds, but faced furious local opposition, including from the nuns of Cahercon House themselves. The Whelan Group purchased the house from the nuns for something over €1 million, and the objections were silenced.

The planning permission still became overturned in 2003, but following a 10-year legal battle, was reinstated with various conditions. In a strange twist of fate, in 2010 the Whelan group, including the explosives venture, were liquidated in the High Court.

The property is now empty and for sale again, including planning permission to build an explosives factory.

Our visit was late in the day and the daylight was fading, but some of the lights inside were working.
References 1. Source: Tales of a House: An 18th Century Georgian mansion (Independent.ie)
Author: Andy Kay | Facebook | Flickr | Instagram