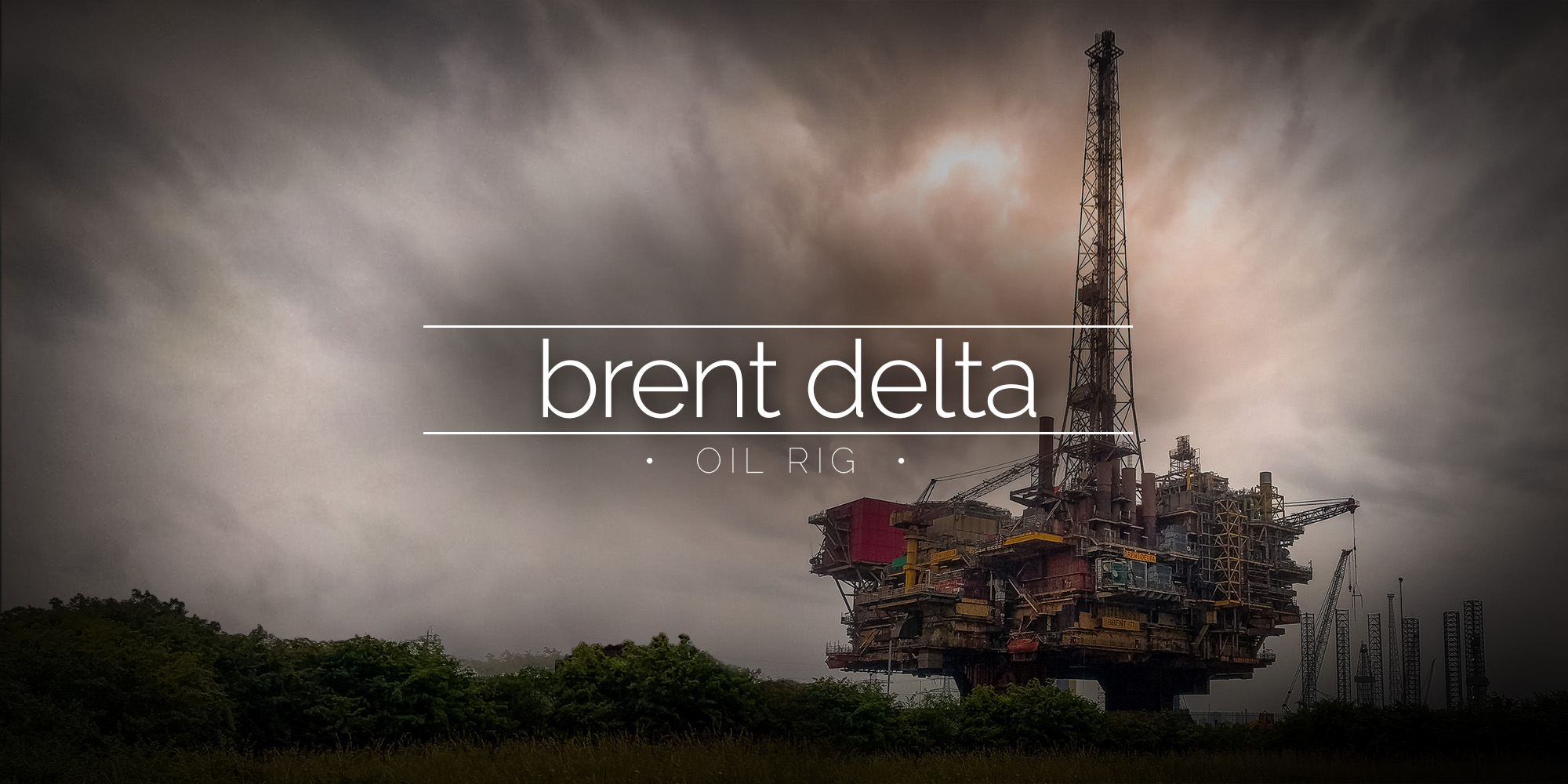 Brent Delta was one of four oil production platforms servicing the Brent oilfield off the coast of Scotland from 1977 until 2016.

The Brent oil field, off the north-east coast of Scotland is one of the largest fields in the North Sea. Discovered in 1971, it was one of the most significant oil and gas finds made in the UK sector. Brent field production peaked in 1982 when over half a million barrels of oil and 26 million cubic meters of gas were produced… every day!

The Brent oil field was served by four large platforms owned by Shell – Alpha, Bravo, Charlie and Delta. Each platform has a ‘topside’ which is visible above the waterline and houses the accommodation block, helipad, as well as drilling and other operational areas. The topsides sit on much taller supporting structures, or ‘legs’, which stand in 140 metres of water and serve to anchor the topsides to the sea bed.

By 1976 Brent Bravo had started production, and later that year the second platform, Brent Delta was installed, which started production in 1977. Delta weighed 24,000 tonnes (the same as 2,000 London busses!) and the platform alone was as tall as the London Eye.

The Brent field has reached the stage where production is no longer economically viable and decommissioning is underway. In 2011 Brent Delta stopped production. After 5 years of planning and 2 years of preparations, the entire Brent Delta platform was cut free from its supporting legs and brought ashore in one piece, where it will be dismantled and scrapped.