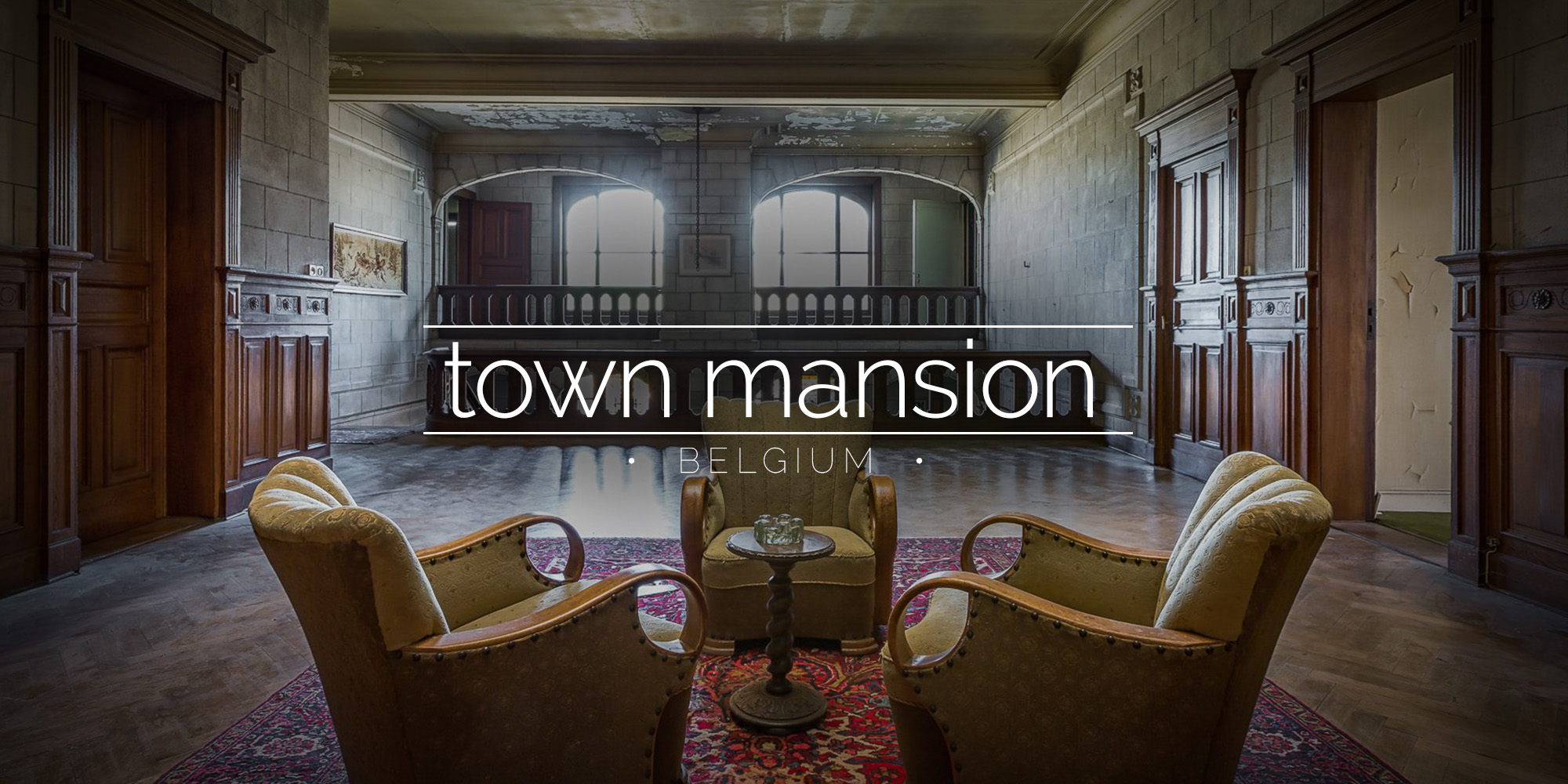 The amazing Town Mansion in Belgium has been unoccupied since 1991. The house was built in 1912 by a wealthy German family to an extremely rich standard.

In the late 19th and early 20th century the area where the impressive Town Mansion stands was a thriving and rich German community. The street was lined with huge mansions all belonging to German families. This particular house was built in 1912 by one of Belgium’s largest importers of petroleum. This community became a target for British bombing raids during WWI and most of the street was destroyed. Only two houses survived, Town Mansion being one of them.

The house was bought and occupied by a Belgian shipbuilder after the war. In the 1960s the Provincial Government bought the property to use as office space. They vacated the property after a while and in 1991 it was acquired by a real estate trader for €600,000 and the house has never been occupied since.