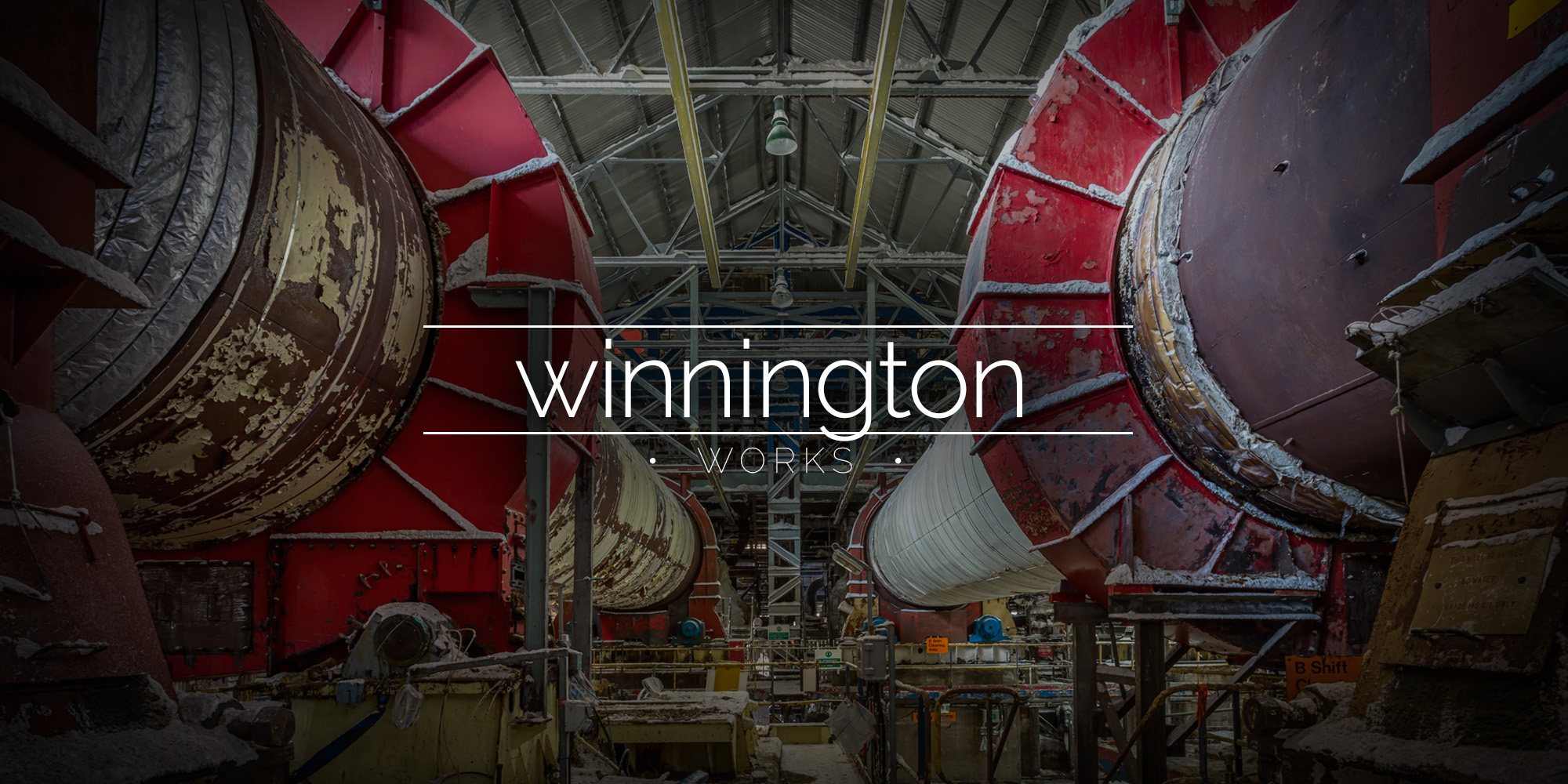 A large industrial complex that manufactured soda-ash and other by-products. Established as Brunner Mond and later became ICI then Tata Chemicals.

While working as an office manager at Hutchinson in Widnes in the 1860s, John Tomlinson Brunner met Ludwig Mond, who was also working there as a chemist. Mond decided to leave and establish a factory to produce alkali by the ammonia-soda process. Brunner joined as a partner. The factory at Winnington opened in 1873, and in time Brunner Mond & Co. Ltd became the largest producer of soda in the world.

Brunner Mond merged with several other leading chemical companies to form Imperial Chemical Industries (ICI) in 1926. Winnington Works manufactured sodium carbonate (soda ash) and its various by-products such as sodium bicarbonate (bicarbonate of soda), and sodium sesquicarbonate. It was at the laboratories on this site that polythene was discovered by accident in 1933 during experiments into high pressure reactions.

The Winnington Works were divested to the newly formed company, Brunner Mond, in 1991. It was again sold in 2006, to Tata and in 2011 was re branded as Tata Chemicals Europe. Soda ash and calcium chloride production ceased at the Winnington plant in February 2014, bringing to a close 140 years of soda ash production in Northwich. The head office and the sodium bicarbonate plant remain at Winnington.

The ‘B’ power station was demolished in 2007, but left behind a substation and switch house. The system control room still sits atop the switch house.