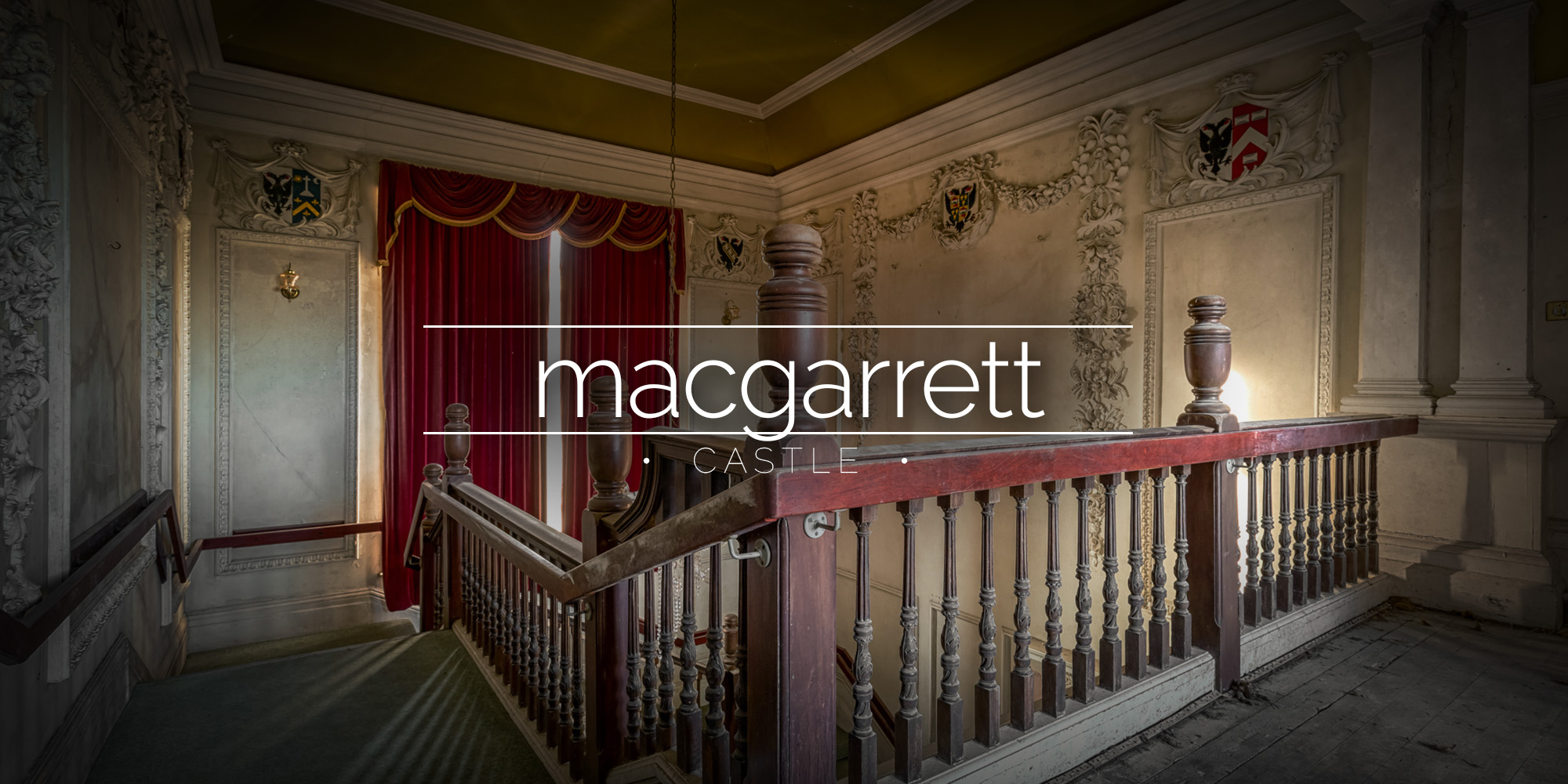 Castle MacGarrett was built in 1811 as the family home for a wealthy land-owner. It later became a nursing home for nuns, and features ornate ceilings.

Castle MacGarrett (sometimes spelt MacGarret or Castlemacgarrett) was built and owned by the Browne family, who had occupied the land for over five centuries. The remains of the original castle can still be found within the grounds, close to the river. The original castle was abandoned towards the end of the 17th century when it was deemed to be unsafe. A new residence was built further from the water, and served successive generations until 1811 when it was destroyed by fire. [1]

The current Castle MacGarrett, constructed following the fire, retained some parts of the previous building. A vaulted room which had been built in 1700 was incorporated into the new castle, which forms part of the guest’s dining room and retains the original vaulted ceiling. [2]

In 1785, Dominick Browne was born here and would later become the first Lord Oranmore Browne, the title of Oranmore being taken in light of the family lands and property at Oranmore, Co. Galway. He was appointed Privy Councillor of Ireland and became one of the 28 elected representative Irish Peers.

The third Baron Geoffrey Browne (1861-1927), was responsible for building the main part of the present manor, early in the 20th century. In 1902, the ‘modern’ wing to the left hand side of the main entrance was erected. In this wing you will find the Oratory and reception room, which ceilings are replicas of those in Leinster House.

Around 1965 the castle itself, with a large farm attached, was bought by nursing sisters, and it was known as Castlemacgarrett Nursing Home until it was sold again for development in 2006. It now lies vacant.