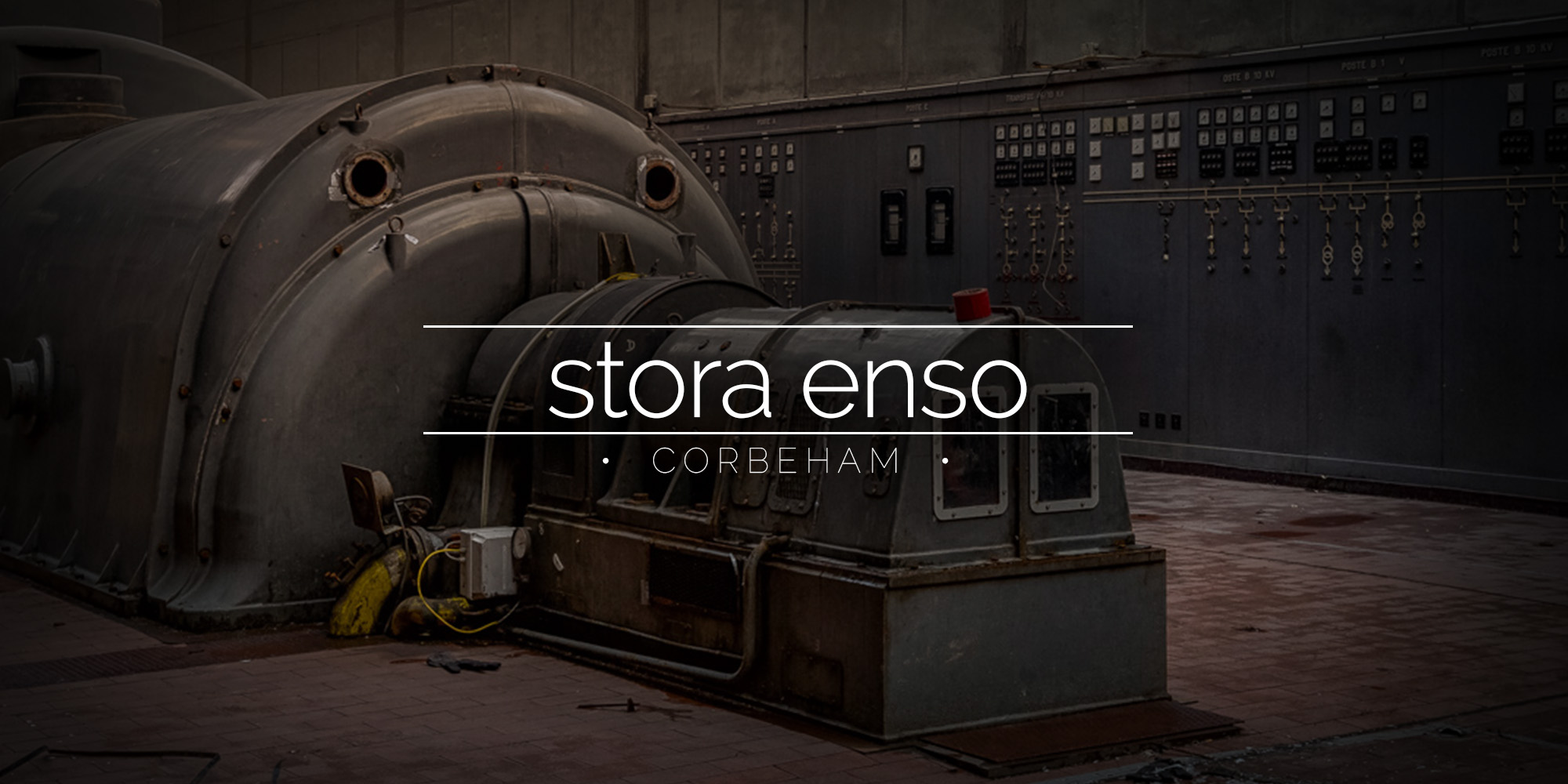 Dating back to the 1920s, the industrial site in Corehem, France developed into a huge paper mill complex including several power stations.

The origins of the industrial site in Corbeham in northern France date back to 1920 when the Béghin family founded a candy factory. The factory developed and diversified its product range when various market opportunities became available. One of these markets, paper making, proved to be the most successful and the sites paper mill expanded rapidly, employing around 2,000 people in the 1960s.

The mill saw heavy investment and was expanded in the late 1980s when the Paper Machine no. 5 was built, along with numerous new buildings for processing wood pulp, water treatment and other associated processes.

In 1992 the site was sold to Stora Enso, who ceased all other production at the site to concentrate solely on the production of paper, retaining three paper making machines. Two of the three paper machines were taken out of service in 2006, and laid off 398 of the 751 employees.

In 2003 the site’s ageing power plants were decommissioned and replaced with a new gas-fired steam production facility. From that point all electricity used was imported from the National Grid, while control of the substation was retained by the power plant.

By 2012 the mill was struggling to secure the contracts necessary to sustain production. The PM5 paper machine was only being used to produce a little over 250,000 tons of paper, vastly under its 330,000 ton capacity, and operated at a loss if production was below 285,000 tons. The mill finally closed in 2015 after owners tried to sell the mill but failed to secure a buyer.

The mill, associated buildings and power plants were demolished in 2018.

A fantastic history of the site has been compiled (in French) here: Béghin factories

A second power plant was added in 1963 and was decommissioned in 2003.

The site had its own substation connecting it to the national grid, with a dedicated control room.

The huge PM5 paper machine had been removed, but the building still contained all of the other associated facilities and machinery

The TMP building was erected in 1989 to support PM5, providing pulp cleaning, screening and bleaching processes.